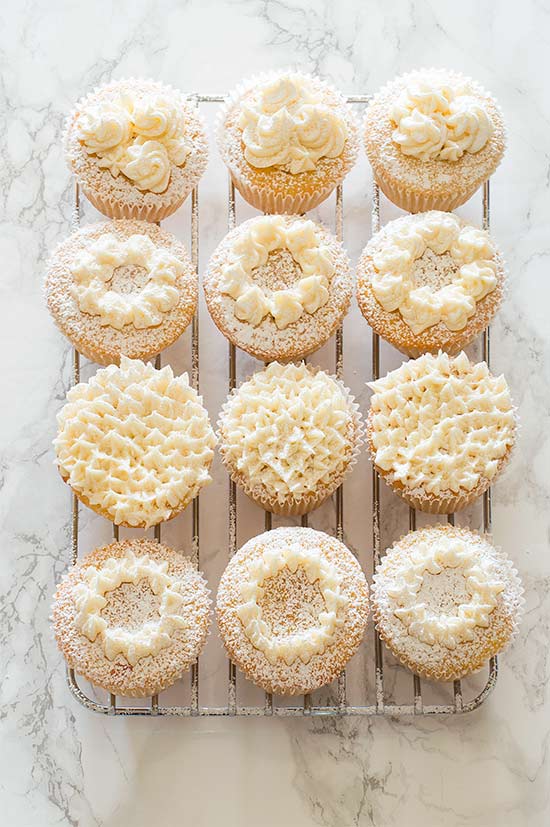 I’m so excited to share today’s recipe because it was actually part of a birthday gift for my youngest sister, Tammy.

Over the summer, we did a family girls trip to the UK. We started in Edinburgh, did a side trip to Oxford, and ended the vacation with a few days in London. The whole thing was a great adventure. We took a boat out on Loch Ness, rode bicycles around Oxford, and survived the August tube strike in London.

Every night after dinner, we’d walk around whatever city we were in, find a bakery and buy something to take back to the hotel and share. This ended up with some real winners, like the chocolate-filled doughnut I had in Edinburgh, and the shockingly delicious banoffee pie we bought in Greenwich (I don’t like bananas in baked goods, why do I love this????) and some not so winners. No one liked treacle tarts and we all forgot that black forest gateau contained cherries until we bit into it–ick. But Tammy’s favorite dessert by far was Victoria sponge cake. 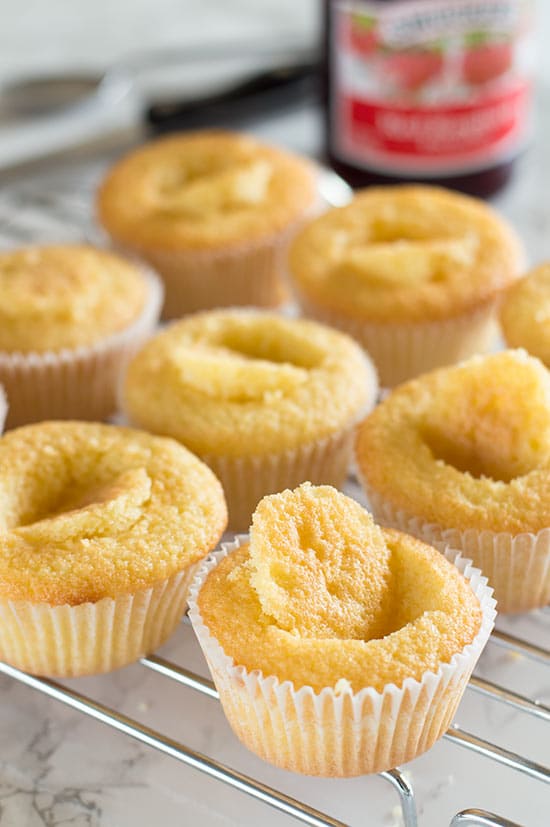 She’s mentioned it dreamily a few times since we got back, so I went to look up a recipe to send to her.  But alas, since Victoria Sponge is a quintessentially British treat, all of the recipes were in British English, which my sister, who is not even a baker, does not speak.

So as a gift to her, I adapted the recipe for American cooks and sensibilities. I started with the great Mary Berry’s Victoria sponge recipe, translated it from metric (though we should probably all be using metric to bake as it’s so much easier), turned it into a cupcake, and added a buttercream on top. Now, any time she wants, she can make a little bit of England here in the US.

If you’ve never had Victoria sponge, it’s so good. Light and delicious sponge with a raspberry jam filling and sprinkled with powdered sugar. I’m not usually one for jam-filled desserts, but there’s something about the blend of flavors and textures here, the mild and the sweet, smooth and spongy that is really lovely. They are perfect for a light dessert, or serving to guests with tea. 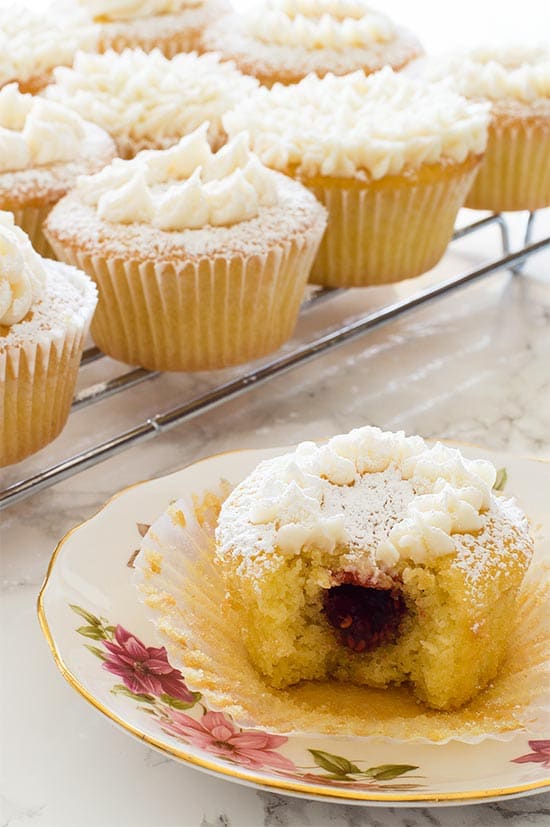 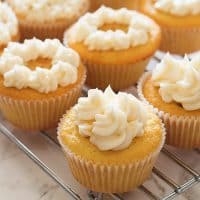 *Superfine sugar, AKA caster sugar is NOT powdered sugar. It is sugar with finer granules than regular granulated sugar and can usually be found in your grocery store's baking aisle in a box or can be ordered from Amazon. If you don't have superfine sugar, you can easily make your own by running regular granulated sugar through your blender or food processor for about 30 seconds. The amount of buttercream listed is just enough to decorate the cupcakes the way I did here. If you want big swirls you will have to double the recipe, though I find less buttercream is preferable as the sweetness can overpower these cupcakes. Also, this is pure butter buttercream, which means it will melt if left too long in a hot environment!
Did you make this recipe?I'd love to see it! Tag @BakingMischief or hashtag it #BakingMischief.
Nutritional Information
Sponge Cake Recipe Adapted From: Mary Berry

Small-batch Instructions: This recipe is easy to cut down. For each egg, you’ll need 1/2 cup butter, 1/4 cup + 1 tablespoon sugar, 1/4 cup + 2 tablespoons flour, 1 teaspoon baking powder, and a pinch of salt. No preparation changes are needed.