This creamy cheesy Potato Gratin for Two makes an easy meal or perfect side dish! 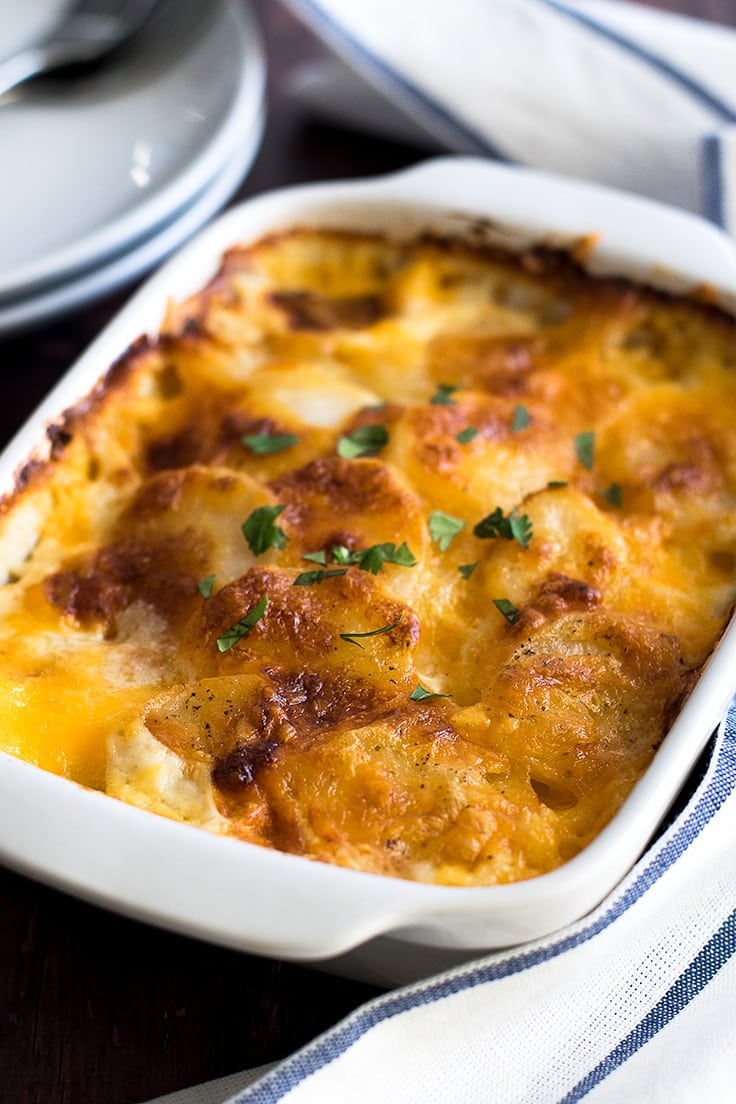 Hey! It’s May! And if you’ve been following along with Baking Mischief for a while, you’ll know that May means it’s Nerd Month here on the blog!!!

Nerd Month = my favorite month because it’s a month-long excuse for me to create recipes based on my favorite nerdy things and try to convince you to read/watch/listen along with me (you can see all of last year’s nerdy recipes here).

It won’t be ALL nerdy recipes this month, but a big chunk of the posts will be, and I’m so excited to share them with you because spoiler, this year’s recipes (and the things they are based on) are GREAT!

To start, we are taking a little trip back in time and down under for Miss Fisher’s Murder Mysteries! 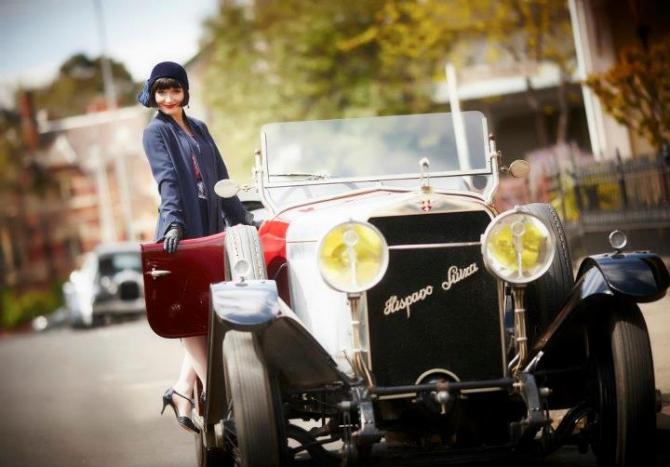 Miss Fisher, which is available on Netflix, might be the most charming murder-mystery show you’ve (n)ever seen (okay, maybe it’s tied with Pushing Daisies). As much as I love dark and twisty television, sometimes you just want a bit of sunshine with your entertainment, and this show has that in spades.

The incomparable Essie Davis (HAVE YOU SEEN HER IN THE BABADOOK?) plays Phryne Fisher, a private detective in 1920’s Australia who, along with her trusty companion, Dot, a ragtag gaggle of staff, and reluctantly charmed Detective Inspector Jack Robinson, solves crimes, wears fabulous clothes, and generally has a grand old time.

It’s a very fun and breezy show that is also quite conscientious about its portrayal of women and social issues. If you’ve been feeling like you’re getting a little too much Man Pain in your TV diet lately, this is a pretty delightful counterbalance.

I’ve been rewatching episodes of this show quite a bit over the last few months, so I knew I wanted to include it in this year’s nerd month, and when it came to the recipe, there was one clear choice: Potato Gratin!

In the third episode of the series, Phryne uses some of Dot’s gratin to bribe Jack for information on their case, and since potato gratin is one of the best foods known to man, I had to make for the blog. Plus, how cute is this exchange? I really wanted an excuse to share it.

This recipe makes Potato Gratin for Two, which means it makes just enough for you and the handsome Detective Inspector in your life. 😉 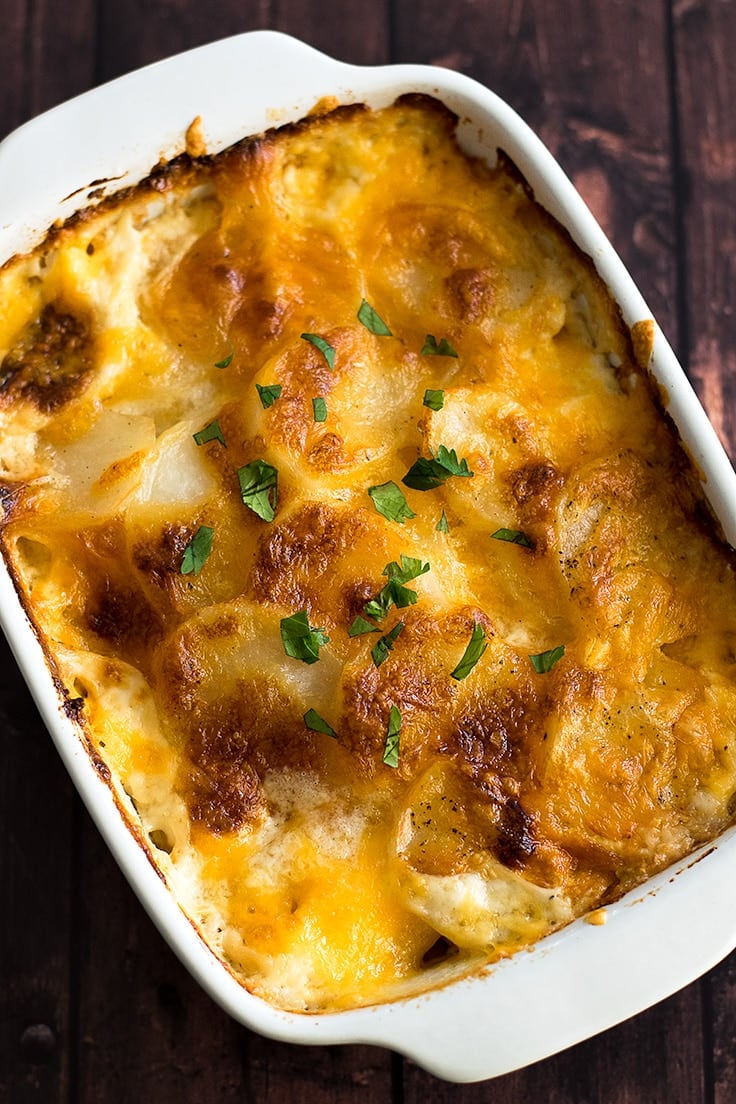 Not only is Potato Gratin great for bribing police, it’s also a tasty and versatile recipe to have in your back pocket. You can pair it with a salad for a simple vegetarian main or serve it as a carbolicious side dish with something meaty.

Full-size gratins are a little time consuming to put together since there’s a fair amount of chopping involved, but since this recipe is for two, it’s actually quite fast to prepare. You just slice a quarter of an onion and one or two potatoes, grate a little cheese and throw everything together in a casserole dish.

The only downside to this gratin is that it does require nearly an hour of baking time, BUT it’s a low-maintenance hour, so you can just pop it into the oven and let it hang out for the first forty minutes while you go about your life.

By the time the potatoes are finished, the cheese on top is all bubbly and a little crispy and the potatoes are creamy and perfect. Honestly, you will be so glad that this is a portion-controlled recipe for two because you will never want to stop eating it! 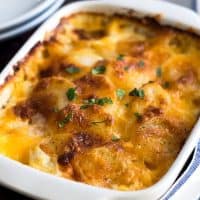