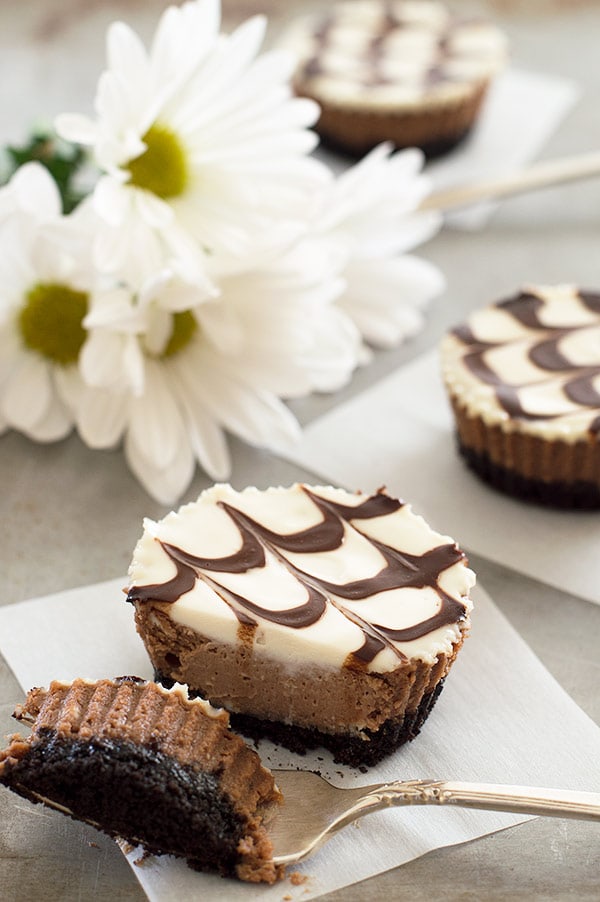 Those who follow my Weekend Posts, might have seen me mention that I rewatched Pushing Daisies recently. If you were a fan of the show, one, we should be friends because you are clearly Good People, and two, then I’m sure you can imagine what a bittersweet delight that’s been.

This was my first time rewatching the show in years, certainly my first time since Fuller’s most recent show, Hannibal, and I was struck with the sweet and gentle delight of it all. Then suddenly I was sad that it had been prematurely cancelled all over again.

For those who haven’t seen Pushing Daisies, it’s a “forensic fairy tale” about Ned, a pie maker who can bring people back from the dead with a touch, but only for a minute. Using his gift, he, along with his childhood sweetheart, Chuck, his private detective partner, Emerson, and Olive, a ray of sunshine made human, investigates murders. It’s a twisty, bright and beautiful show, and the whole thing is available on CW Seed for free.

Today we are going to bring a little Pushing Daisies back to life (if only for a minute har har) and make one of the Pie Maker’s recipes for the blog. 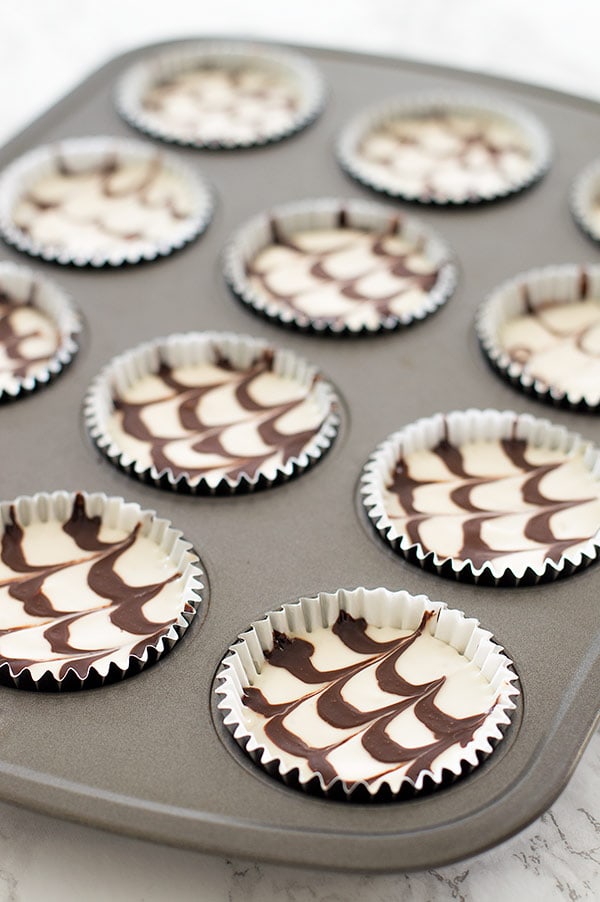 I took Ned’s Kahlua Cream Cheese Pie, about which a Pushing Daisies prop menu says: “Try the special taste of Kahlua mocha throughout our velvety cream cheese pie in a chocolate cookie crust,” and turned it into one of Chuck’s cup pies, because full pies are great, but these are a much more manageable size.

This was a fun dessert to put together. I adapted and combined a few different recipes to make it, including my mom’s famous cheesecake, and I love the end result.

The cup pies are a lovely little punch of mocha and kahlua goodness. The chocolate cookie (Oreo) base gives it a crunchy sweetness boost while the sour cream topping and fudge sauce top help mellow out the tangy mocha cheesecake underneath.

And bonus, each one is under 300 calories. That’s a decadent dessert you can feel good about. 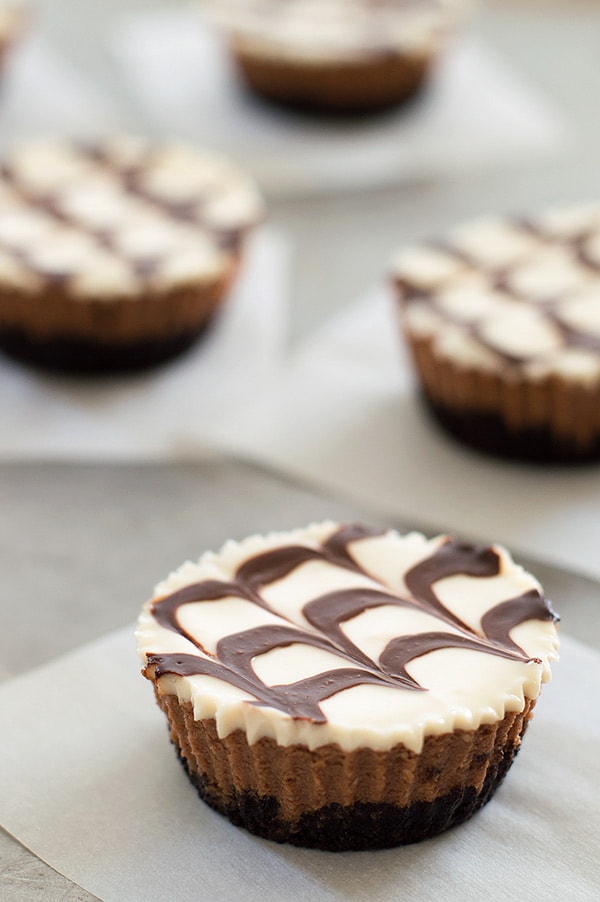 Did you watch Pushing Daisies when it was on? Have any cancelled shows you’re still mourning? Tell me about them in the comments! 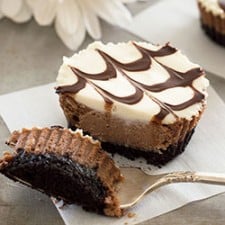 Cheesecakes should keep in the refrigerator, in an air-tight container for up to 4 days. Small-batch Instructions: For the sugar and sour cream in the cheesecake, 1/2 of 1/3 cup is 2 tablespoons, 2 teaspoons. You will have to split an egg. The best way to do that is to whisk a whole egg in a very small bowl and use half of it (about 1 tablespoon and 1 teaspoon/1oz/28g). For the sour cream layer, half of 3/4 cup is 1/4 cup and 2 tablespoons and half of 1 tablespoon is 1 teaspoon, 1/2 teaspoon. Make the full amount of fudge sauce as it’s easier to pipe and cook with the full amount.
Freezer Instructions: For short-term freezing (a week or two), these can just be popped in a freezer bag and go straight into the freezer. For longer term, freeze cheesecakes on a plate or tray. When solid, wrap individually in plastic wrap or foil and transfer to an air-tight container or plastic bag. Cheesecakes should keep for up to 3 months. Eat straight out of the freezer on a hot day or defrost on the counter for about 20 minutes.
Did you make this recipe?I'd love to see it! Tag @BakingMischief or hashtag it #BakingMischief.