We’re getting a bit of a late start this month with our monthly theme, but better late than never, right? I debated a bit with myself over the August theme and eventually settled on… slow cooker recipes!

I want to throw some ingredients together in a magical cooking contraption and forget about them as I drink frosty drinks and read the most indulgent summer literature available*. And I’m guessing maybe you do too.

And if not, well hey, these recipes will still be here in December.

We’re starting with Slow Cooker BBQ Chicken Sandwiches for Two, and I like this one so much. Meaty slow cooker recipes tend to be really hit or miss for me, but the one place the slow cooker never fails is cooking meat that’s used in fillings like sandwiches or tacos, etc.

The long slow cooking time gives you meat that is moist and tender, full of flavor and perfect for shredding and serving up between some carbs. 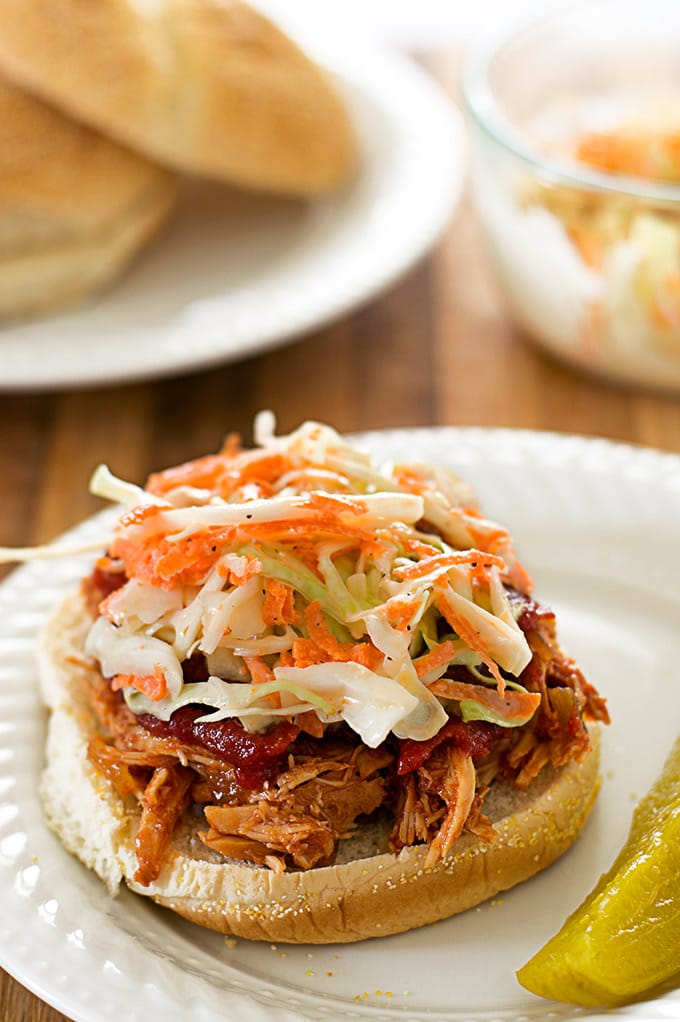 You definitely get that with these Slow Cooker BBQ Chicken Sandwiches. They are a perfect quick and tasty meal for two (or more, doubling instructions are in the recipe notes), and so easy to make.

You just throw together a sweet and tangy homemade BBQ sauce that serves double duty as a marinade while your chicken cooks and as a topping when you assemble your sandwiches. It’s a killer sauce, bright, vinegary, sweet and sharp. These are definitely not boring sandwiches!

You pour it over your chicken and let it cook. When the meat is shreddable, use two forks to pull it apart, toss it back in your slow cooker to soak up all the flavor of the juice and then serve it over some lightly toasted rolls. Add some more of that homemade BBQ sauce, a crunchy small batch of coleslaw over the top, and enjoy. 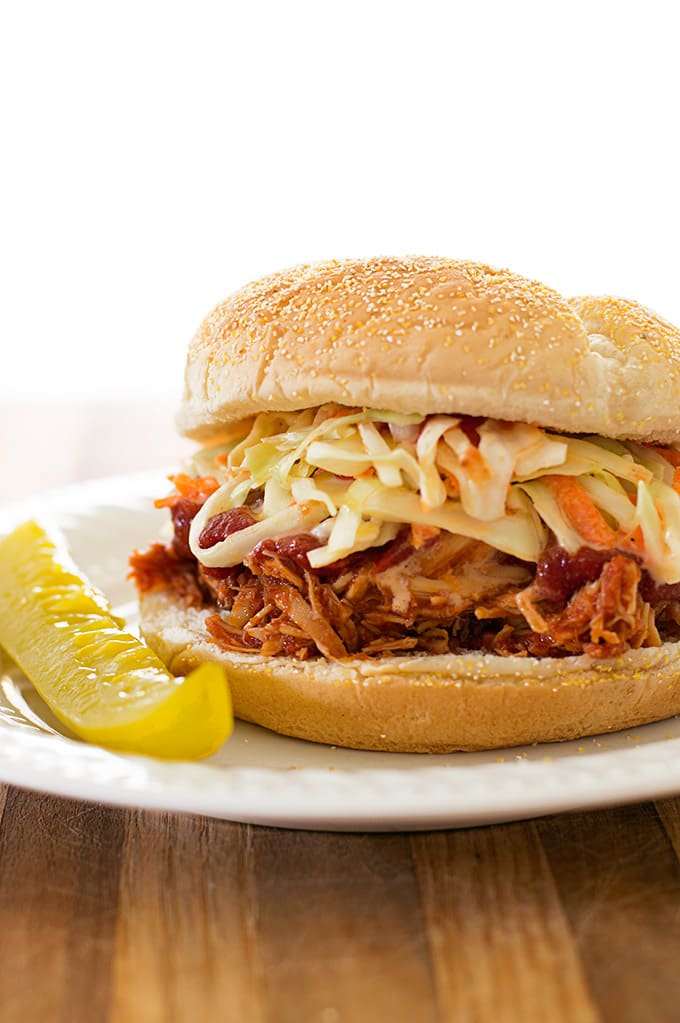 *Hey, in case you don’t make a ton of coleslaw, I’ve embedded a video below with instructions for shredding cabbage. It’s very helpful!* 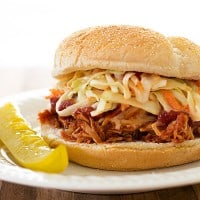 In the Slow Cooker

To double, you don't have to double the BBQ sauce or onions. Reserve 2/3 cup of the sauce for topping, pour the rest over the chicken, and cook as directed in the recipe.
Did you make this recipe?I'd love to see it! Tag @BakingMischief or hashtag it #BakingMischief.

This post contains affiliate links, which means I receive a small commission if you make a purchase using one of them. There is absolutely no additional cost to you.