These are the droids you’re looking for! Adorable and easy(ish) Star Wars BB-8 cupcakes that anyone can make. 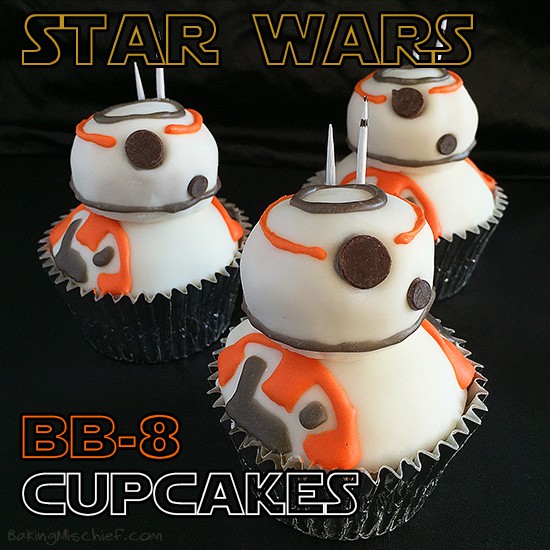 So, you probably haven’t heard, but there’s a new Star Wars movie coming out this month. I know, crazy. You’d think we’d have seen at least a little advertising. She says, trying to keep a straight face.

Are you excited? I’m excited.

I went through a massive Star Wars phase growing up. My first crush was Han Solo, I had a Star Wars-themed tenth-birthday party. I thought the third movie was the most romantic thing ever. I was a weird kid.

As an adult, I was sure my love for space operas had waned in the years in between, and then that full-length Star Wars: The Force Awakens trailer dropped and ten-year-old fangirl Tracy came roaring back to life.

There was space friendship, grown up Leia and Han, and the cutest droid you ever did see, and I lost my mind a little. Let’s just say, my tickets are bought, and my butt will be in a theater seat come opening weekend. 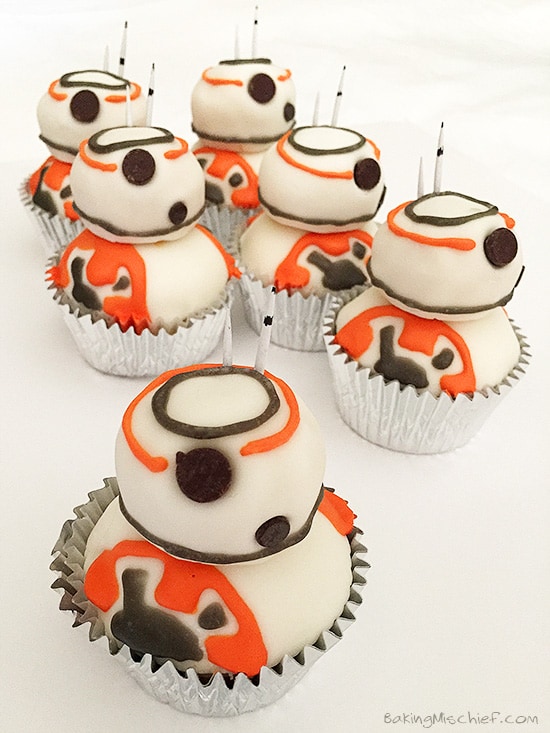 So, in honor of my very first fandom, I wanted to do something Star Wars-themed for the blog. BB-8 seemed the perfect candidate, given that she is the break-out star of the trailers (and that she is mercifully free of all the angles and fur of the other characters). She was basically just begging to be turned into a cupcake!

This was such a fun project. I’ve only worked with fondant once before and that was to sculpt Smauglock for a gingerbread house a couple of years ago (more on that another time). I wasn’t sure how covering the cupcakes and decorating them would go, but it ended up being super easy. If I can do it, anyone can make these cupcakes! 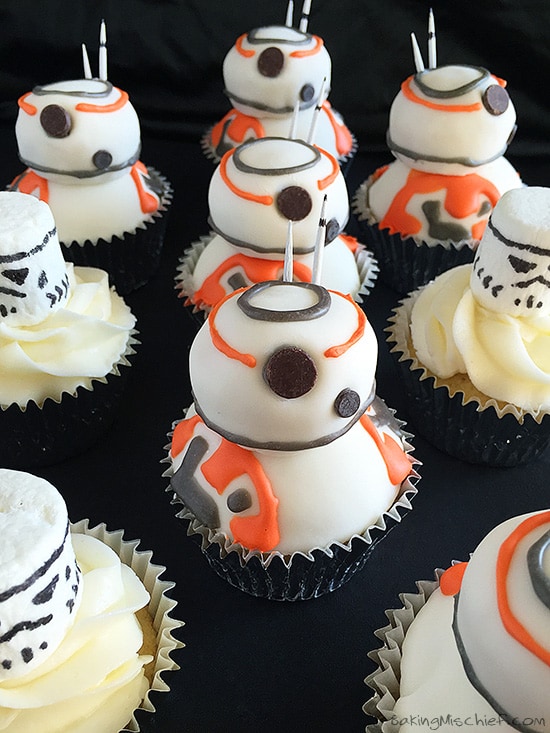 These BB-8 cupcakes can be as homemade as you want. I made my fondant, royal icing, and cupcakes, but you can also buy everything to save time. I’ve actually seen fondant at my local Vons lately, so you might be able to get everything in one trip to your grocery store. 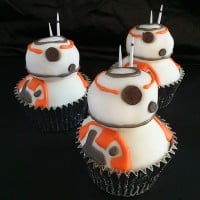 These are the droids you’re looking for! Adorable and easy(ish) Star Wars BB-8 cupcakes that anyone can make.

For the cupcakes, you want to use a recipe (or boxed mix) that bakes up into a nice dome, but if you end up with flat cupcakes, you can fake that dome with lots of frosting. No one will know the difference until they bite into them and then they'll thank you. I found that the most important key to success with fondant is to keep it in a sealed bag any time it's not being used. Fondant dries out quickly and will become difficult to work with (crack) if it loses too much moisture. If you are working slowly, your best bet is to cut and cover in batches so your pieces aren't sitting out while you make each cupcake. I found this video on how to cover a cupcake in fondant very helpful, as someone who had never done it before. When you insert your toothpicks, do so carefully and only through the head. Pressing too hard or into the body can cause the dried royal icing to crack. Instructions for the Marshmallow Stormtroopers can be found at Catch My Party

Good luck and if you have any tips/tricks for working with fondant or Star Wars memories/nerdgasms to share, please do so in the comments below! 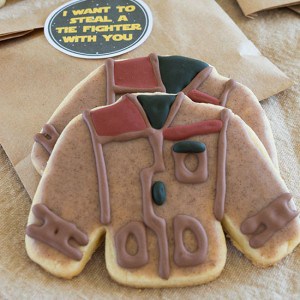