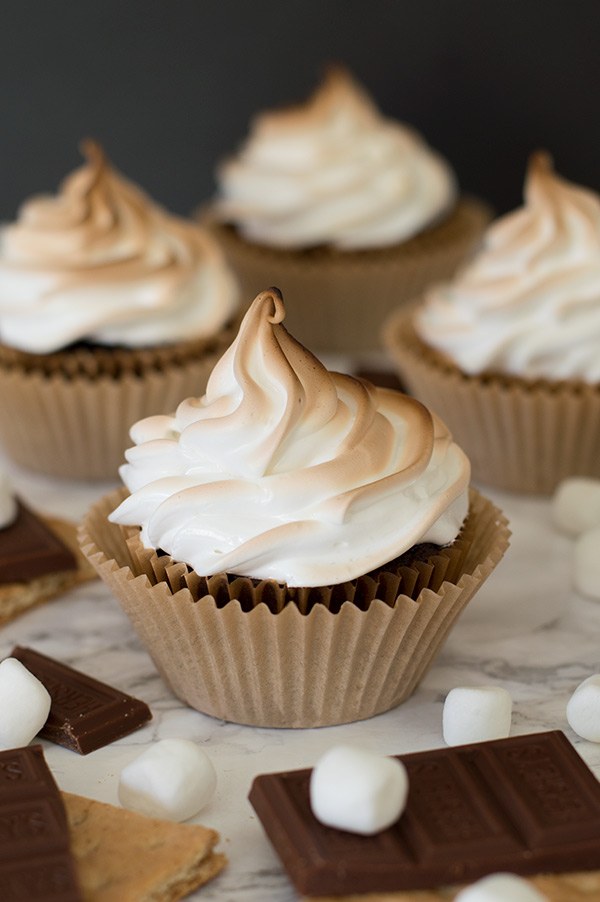 It’s week four of my June Barbecue Menu where I’ve spent the month putting together an entire meal’s worth of BBQ courses. I started with Strawberry Limeades, followed that up with Loaded Baked Potato Salad with Yogurt as the side, used some Basil and Garlic Steak Marinade on some gorgeous rib-eyes for the main course, and now it’s time for dessert!

And surprising absolutely no one in the world who knows me, it’s s’mores themed. S’mores Cupcakes!! I love s’mores. They are the best part of summer and if I can s’moreize anything, I will.

I just typed the word “s’mores” so many times it doesn’t look real any more.

These cupcakes are total show stoppers. I’ve tested them a couple times since they are multi-step cupcakes, and every time leftovers go out into the world, they are met with rave reviews. They even got a “this is the best cupcake I’ve ever tasted” from one taste tester. Sooooooo.

There’s a lot going on with these cupcakes, so I’m going to break it down for you. 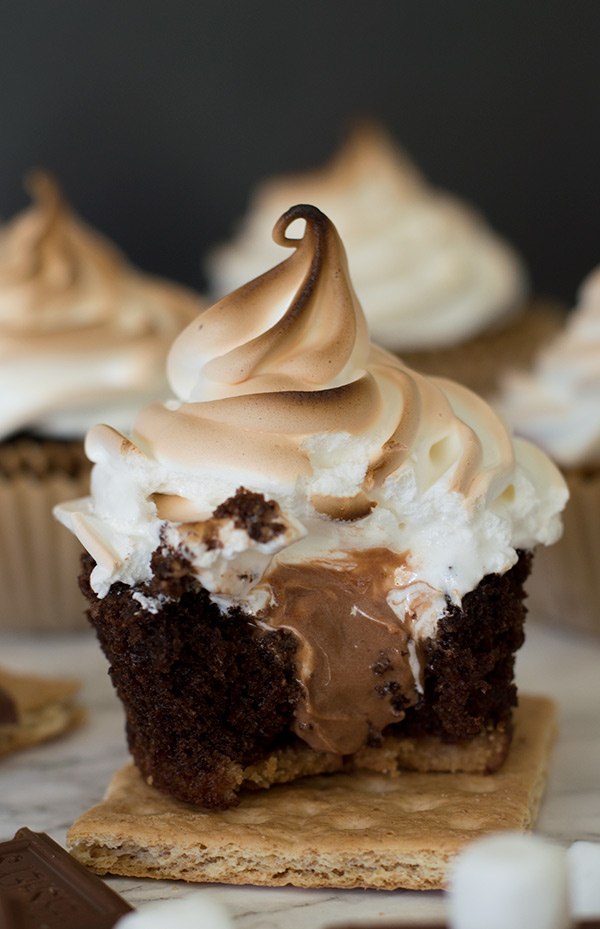 We start with a brown sugar graham cracker base. It’s a little crunchy, a little crumbly, and the beeeeeest thing. I’m obsessed with it.

On top of that, there is the chocolate cupcake. This cupcake is moist and chocolatey and amazing.

Inside of the cupcake, we have more chocolate. Here’s the thing about s’mores. A classic summer s’more HAS to use Hershey’s chocolate bars. I will fight you on this. So of course, for the inside of my s’mores cupcakes, I used Hershey’s bars to make the 2-ingredient chocolate buttercream frosting. It’s my favorite part of the cupcakes. 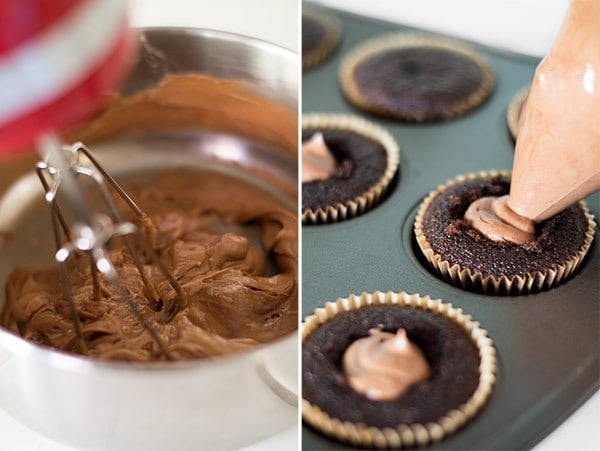 Finally, there is the marshmallow frosting. This stuff is beautiful and fluffy and a perfect marshmallow dream sitting on top of the cupcakes. Sadly, for those of us who like to make our s’mores by setting our marshmallows on fire, it is not the right type of flammable to do this with–I did not try to set my cupcake on fire (I did), but they do toast up absolutely beautifully.

And yes, these S’mores Cupcakes are what I like to call “project cupcakes.” They are kind of involved but so much fun to make and so satisfying. Like my Brooklyn Blackout Cupcakes, making these cupcakes is a multi-step process, but none of the steps are hard, and I wrote an entire post walking you through making the easy marshmallow frosting. If you are a s’mores lover or one of those people who likes weekend baking projects with impressive results, you have to try these. 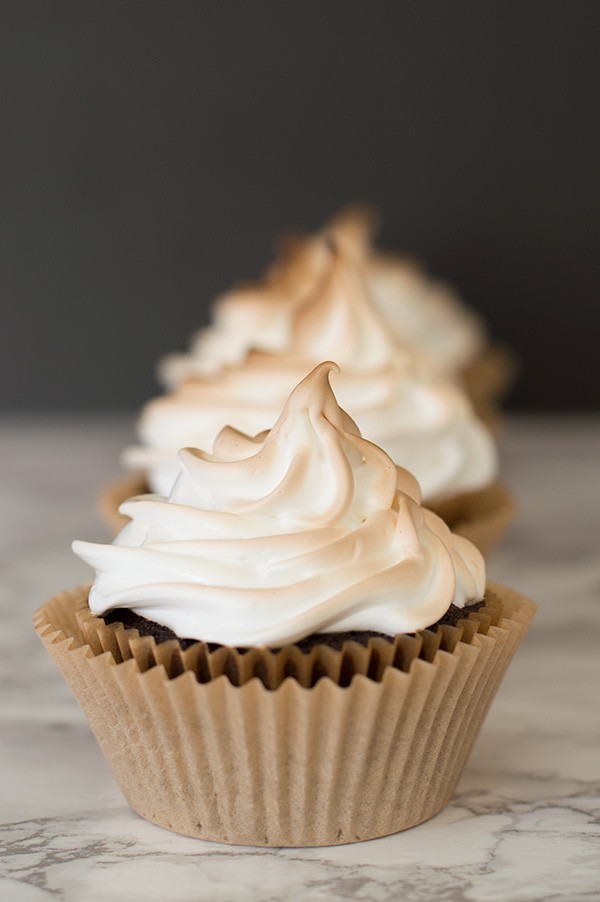 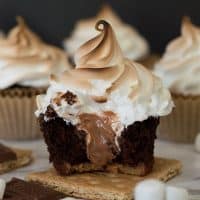 Make sure to use grease-proof liners if grease spots matter to you. Regular liners hold up just fine for these cupcakes, but the butter in the graham cracker base will turn the liners dark, and doubling up only works long enough to snap a few photos. 😉
Did you make this recipe?I'd love to see it! Tag @BakingMischief or hashtag it #BakingMischief.

This post contains affiliate links, which means I receive a small commission if you make a purchase using one of the links. There is absolutely no additional cost to you.