Microwave corn on the cob is the easiest way to cook a whole ear of corn. It’s quick, mess-free, and comes out perfect every time. 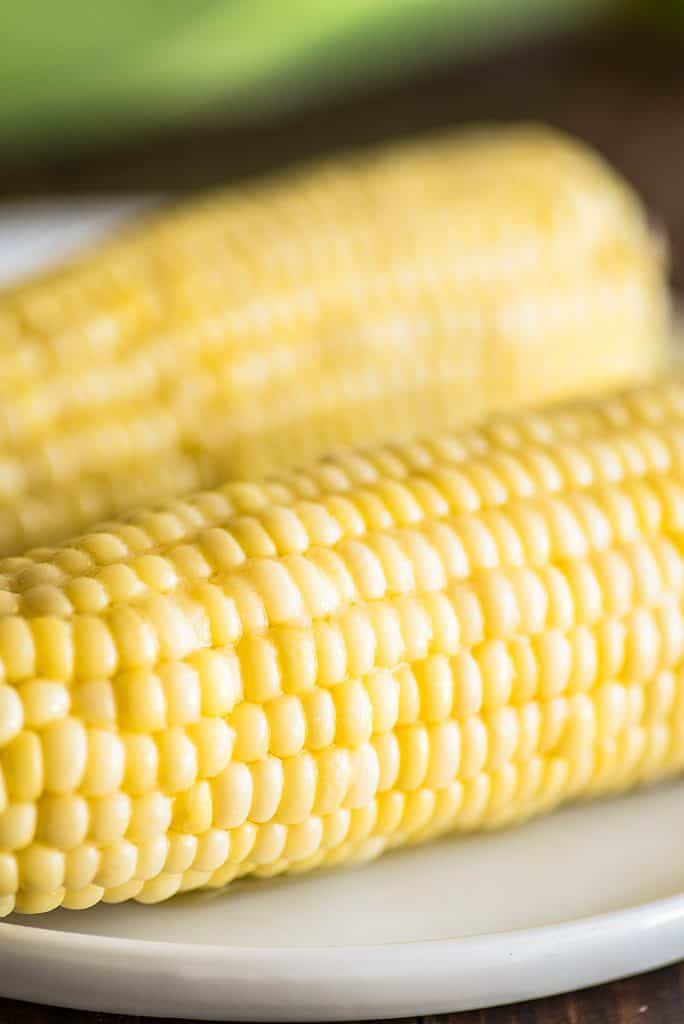 Hey, friends, I have another microwave vegetable recipe for you today, and honestly, this one’s kind of a game changer: Microwave Corn on the Cob.

The Easiest Way to Make Corn on the Cob

This is my new favorite way to cook corn on the cob, because it is SO quick, easy, and mess-free.

Cooking corn in the microwave means no need to shuck the corn or peel off those annoying little stringy bits. You literally just cut the end off an ear of corn, shove it in the microwave, and once it’s cooked, it slides right out of the husk, silk-free and ready to eat.

To Make Corn on the Cob in the Microwave, You Will Need

How to Cook Corn on the Cob in the Microwave

1. To microwave corn on the cob in the husk, you’ll first cut off one end so you can slide the corn out once it’s cooked. To do this, find the point at the stalk end (the closed end without all the corn silk) where the cob begins to taper into a point.

You’re going to slice off the end just before that (don’t cut the end off after the cob starts to narrow or you won’t be able to slide the corn out of the husk easily). Use a sharp knife to make a shallow cut all the way around the cob to help guide the knife, and then  apply a little force and slice all the way through. 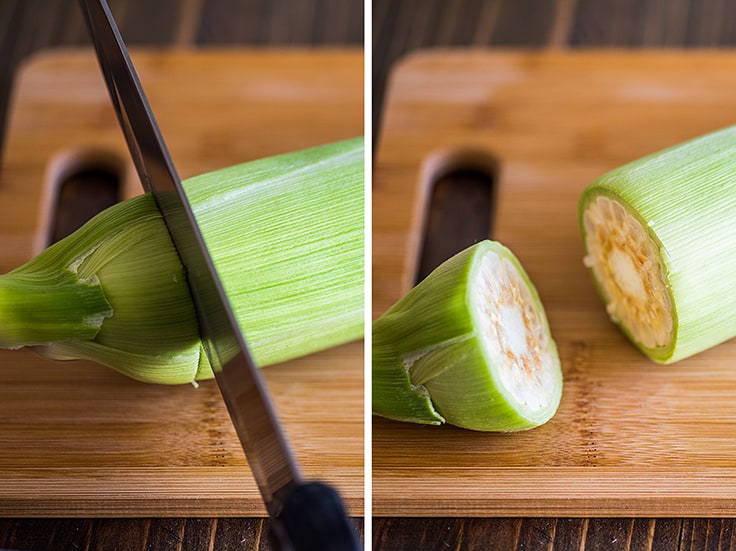 A Note on Cutting Corn: Cutting through the cob takes a bit of muscle and a sharp knife, as cobs are quite tough. If you’re really struggling to cut the corn or the pressure needed is making you nervous, stop, skip this step and finish cutting off the end after microwaving.

The corn will be softer and easier to cut after microwaving. You’ll just need to let it cool long enough for you to safely handle it. 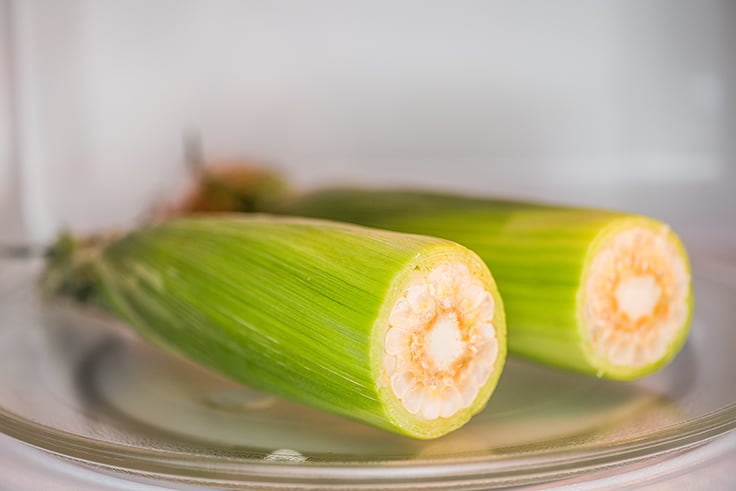 3. Carefully, using an oven mitt or towel if necessary, squeeze the corn out of the husk. Make sure to keep squeezing all the way to the end. This helps keep the silk trapped inside. 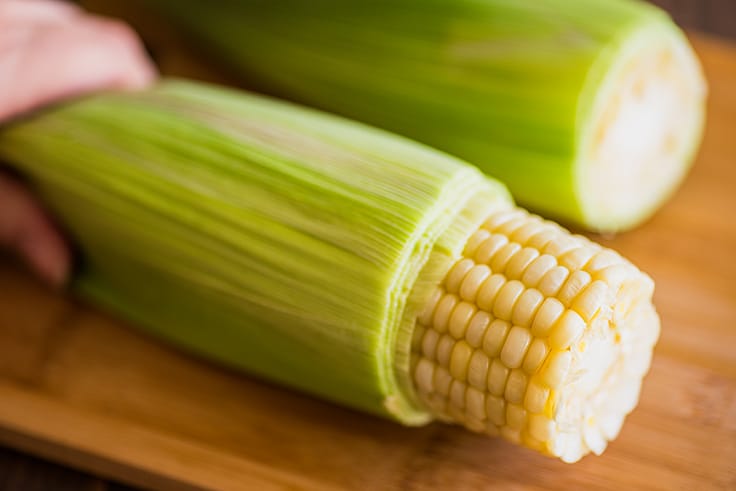 4. Rinse, brush with melted butter if that’s your thing, and enjoy! 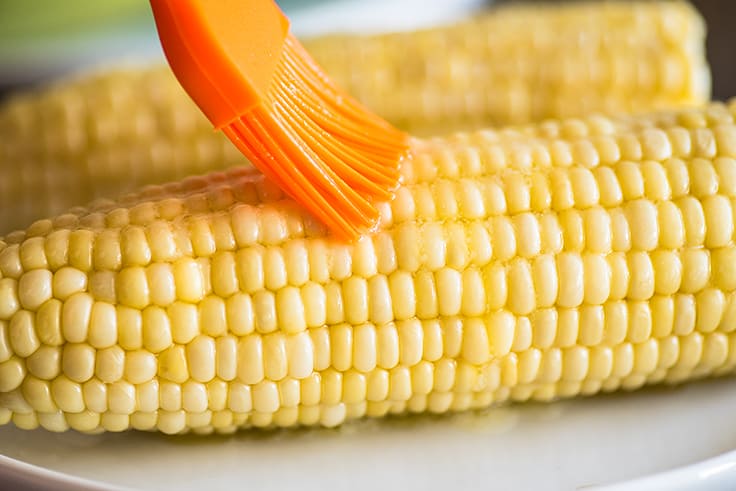 How to Microwave Husked Corn on the Cob

If your corn is already husked, not a problem. You can microwave corn in a paper towel and get the same effect. 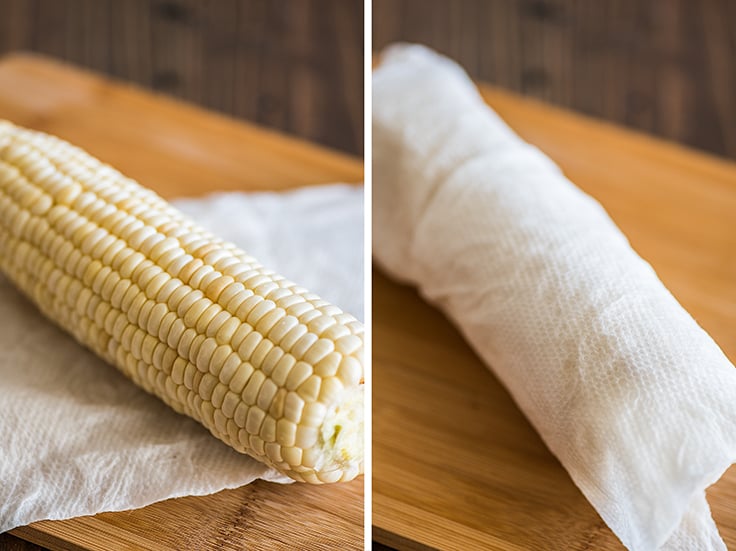 Can I Microwave More than One Ear of Corn in the Microwave?

You can absolutely microwave more than one ear of corn in the microwave. The rule of thumb is you’ll want to add 1 to 2 minutes per ear of corn and not cook more than what will fit in a single layer with a little space between, so 3 to 4 ears is usually the limit.

What Goes With Corn on the Cob?

If you’ve craving corn on the cob and need some ideas on what to serve it with, these are some of my favorites: 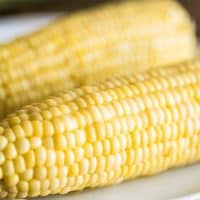 Microwave Corn on the Cob

*If you're struggling to cut through the corn before microwaving, you can wait to do this step until after cooking when the cob will be softer. Just be careful, as the corn and steam will be quite hot. *To microwave husked corn, fold a paper towel in half, run it under water, and then squeeze out most of the liquid so that it is not dripping. Wrap the damp towel around your corn and microwave as directed.
Did you make this recipe?I'd love to see it! Mention @BakingMischief or tag #BakingMischief.

This post may contain affiliate links, which means I receive a small commission if you make a purchase using them. There is absolutely no additional cost to you.
.