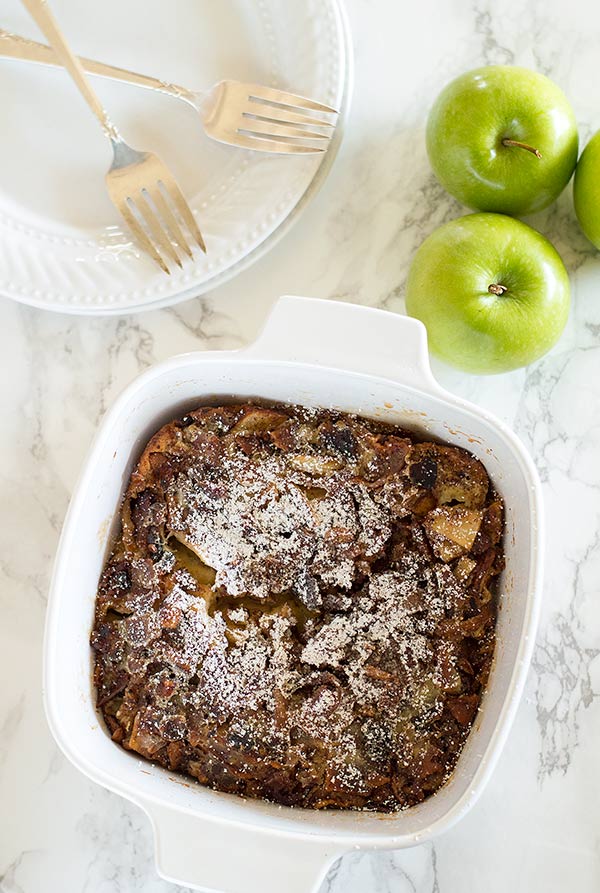 We’ve reached the penultimate recipe for Nerd Month (more on Nerd Month here) and we’re doing one for Bob’s Burgers!

Bob’s Burgers is a bit of an odd duck. I resisted the show for the longest time because animated comedies (with the exception of Archer) have historically not been my thing. But I kept hearing good things, so I finally watched the show when it came to Netflix and found that all the critical praise was completely valid.

This is one of the funniest, sweetest family sitcoms on television.

It’s not crass or crude like you might expect from an adult animated comedy (not a bad thing, just not usually my comedy jam). It’s a show about a struggling middle-class family full weirdos who love each other. There are great burger puns and the characters are some of the most relatable you’ll find on television.

Ummm, maybe a little too relatable, as the other day I realized that oldest daughter Tina’s frequent moan of distress is one I’ve made over things on this very blog many times…

Anyway, during their season four Christmas episode, the family takes a trip to a diner where everyone is just crazy over the diner’s Dutch Babies.

I had never even heard of the things before, so I was instantly intrigued. Fast forward to today, and I present to you a BACON Dutch Apple Baby. 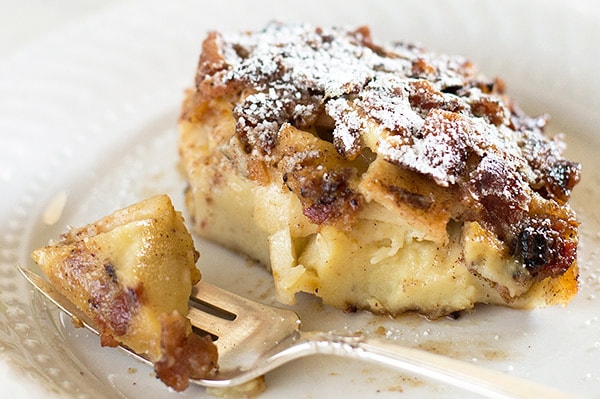 Oh yeah. This baby got an bacon upgrade.

I’m so sorry for that pun.

(I’m not really that sorry.)

This recipe is for you heroes who insist on dipping your bacon in syrup to the disgust of everyone around you at the breakfast table. I’m one of you, I love you, and I think you are really going to like this recipe.

It’s a traditional Dutch Apple Baby with its classic custard base and tart apple filling made even better by replacing the butter in the recipe with bacon drippings and adding chopped bacon over the apples before pouring in the batter. 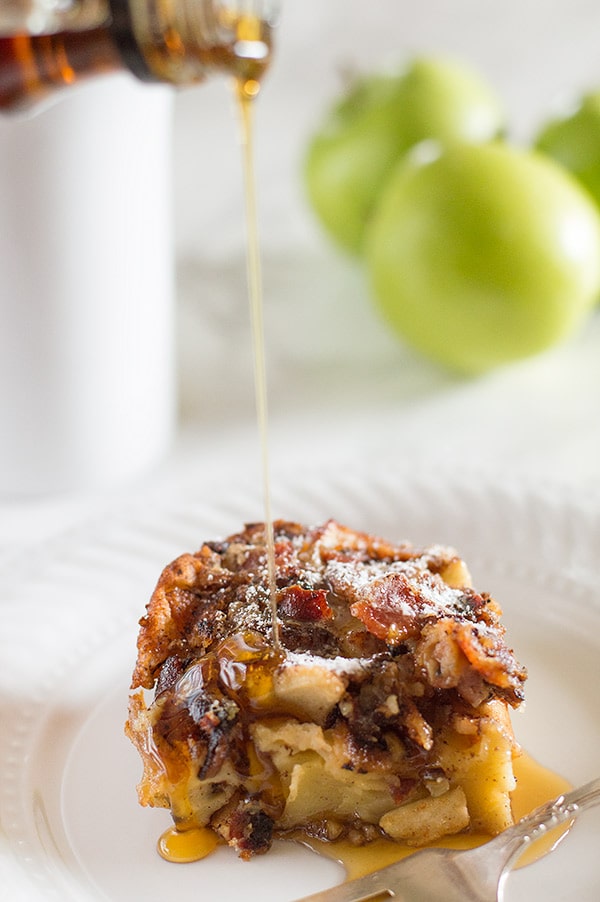 As you get that dramatic Dutch Baby puffing up of the pancake, the apples and especially the bacon rise with it, forming a slightly crisp top layer, so you end up with a breakfast dish that is savory and sweet and smokey, with tart apples and salty bacon in every bite.

Oh, and if that all sounds disgusting to you, you can totally just use butter, omit the bacon pieces, and eat your bacon on the side. It’s still delicious, and we can still be buddies (just not bacon buddies). 😉 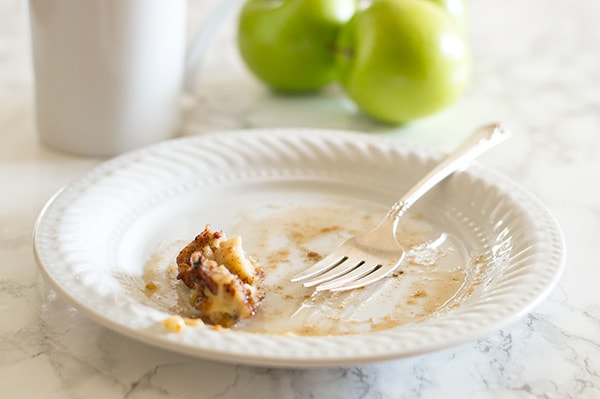 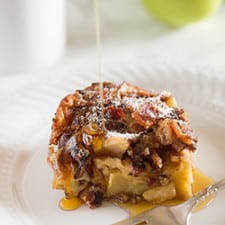 *Butter is only required if your bacon does not render enough grease to make the 3 tablespoons needed.
Did you make this recipe?I'd love to see it! Tag @BakingMischief or hashtag it #BakingMischief.