If you’ve had a long, tiring work week, a good movie, a glass of wine, and a bowl of this Cinnamon Bun Popcorn is the very best way to celebrate its end! 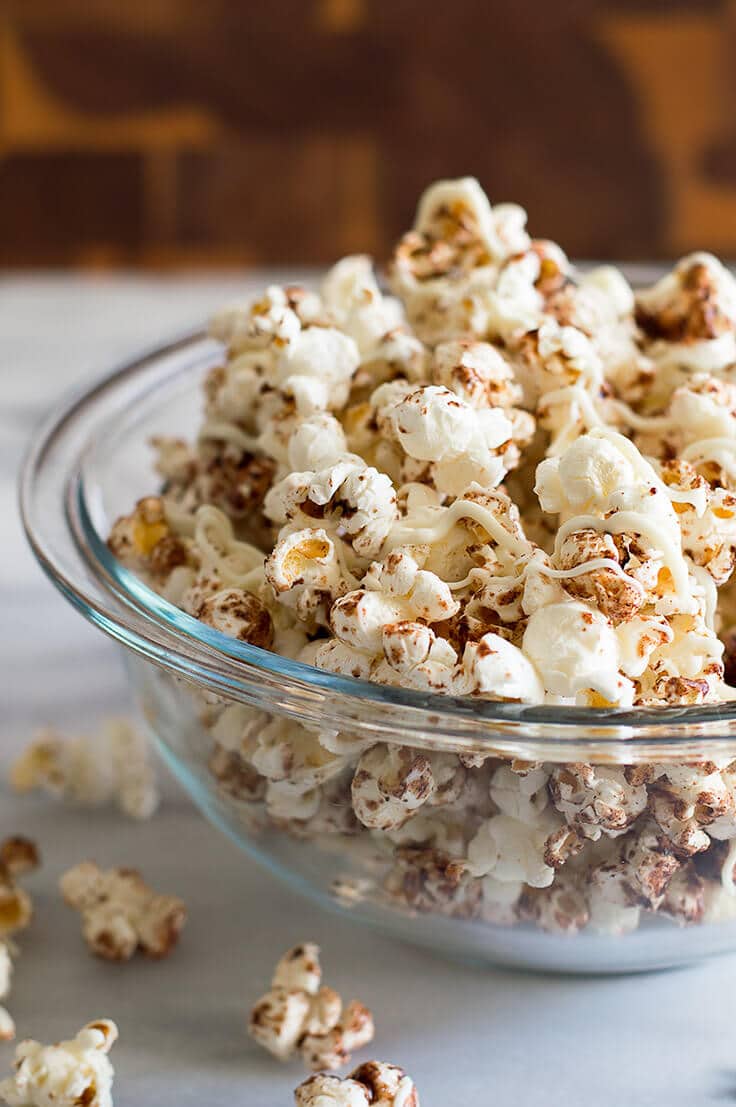 For Christmas this year, family on the East Coast sent a big box of gourmet popcorn. It was basically the best Christmas gift ever because I love popcorn, and I love choices, and this was just a giant box of different popcorn flavor choices.

There was everything from jalapeño-flavored kettle corn to chocolate-covered kettle corn with crushed potato chips (POTATO CHIPS!). But my favorite flavor of the bunch was some fabulous cinnamon bun popcorn, and since I love making kettle corn, obviously I was going to try and recreate it here on the blog.

How’d the homemade version turn out? A++. I actually kind of wish I didn’t know how to make this now because I want to make it all the time… 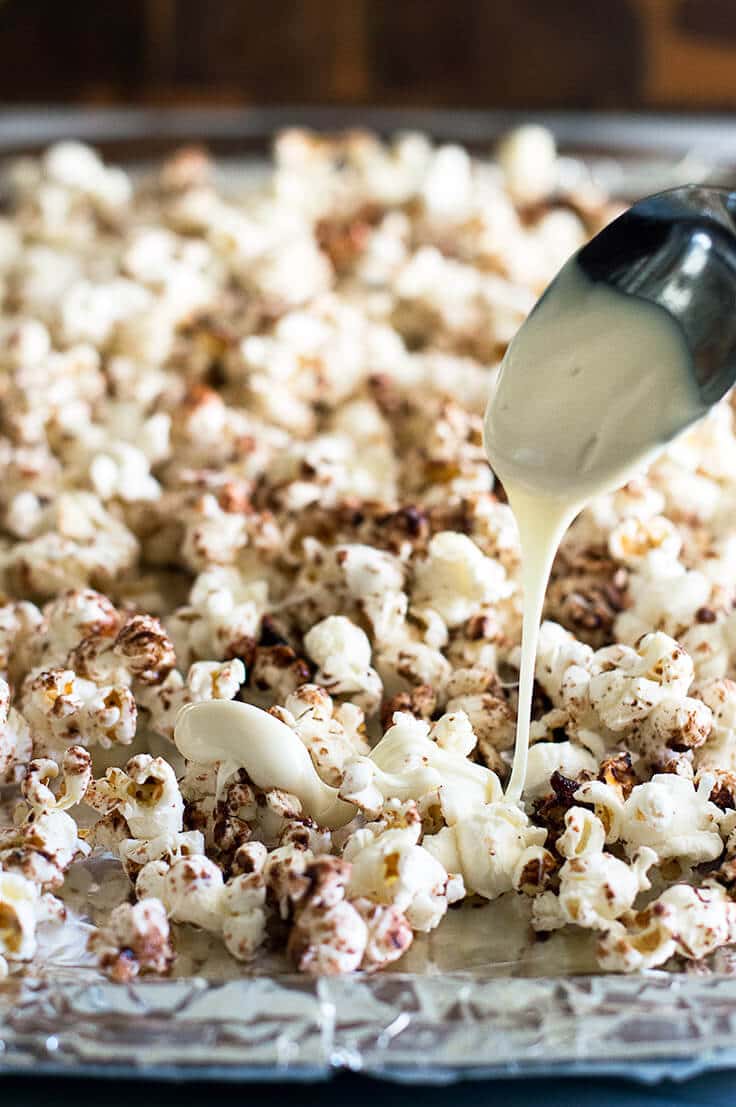 But since I do know, I’m sharing it with you so we can all eat over-the-top popcorn together. The recipe is really simple. It’s just kettle corn made with cinnamon sugar instead of plain granulated sugar and then drizzled with white chocolate, but it’s about a thousand times more decadent.

If you’ve had a long, tiring work week, a good movie, a glass of wine, and a bowl of this Cinnamon Bun Popcorn is the very best way to celebrate its end! 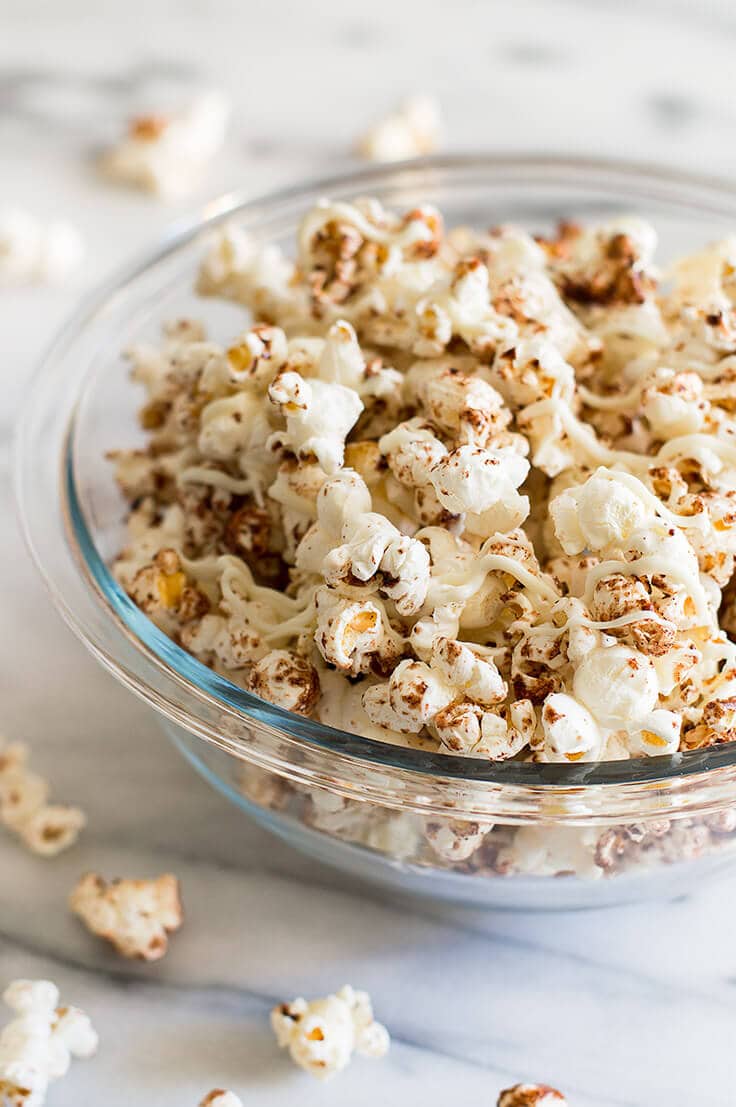 As with regular kettle corn, there are a couple of things to keep in mind while cooking to avoid ending up with burned sugar and a scorched pot.

Kettle corn is not hard, BUT it’s easy to burn, so if you haven’t made kettle corn before, read over the notes below before you start, follow the instructions carefully, and don’t use a perfect pristine new pot to make your first batch in. 🙂

(If you are curious about the why behind some of these instructions, check out my post How to Make Homemade Kettle Corn Without Burning the Sugar for more details.) 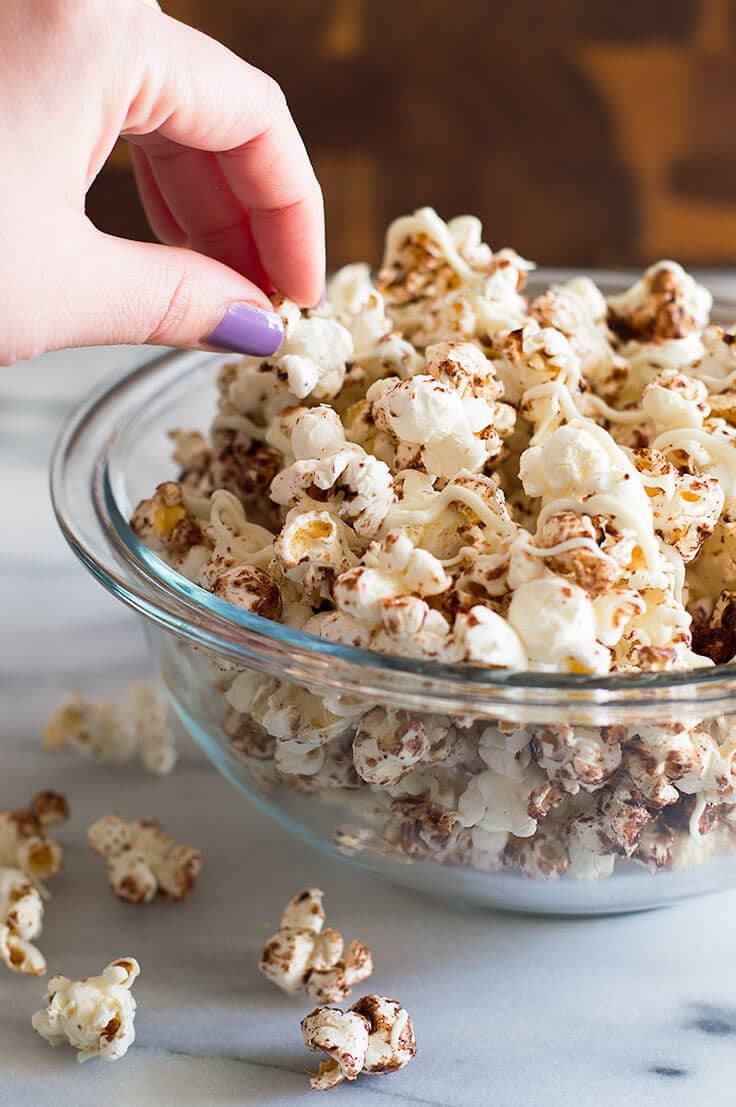 If you've had a long, tiring work week, a good movie, a glass of wine, and a bowl of Cinnamon Bun Popcorn is the very best way to celebrate its end!
No ratings yet
Print Pin
Course: Snack
Cuisine: American
Total Time: 15 minutes
Servings (Hover or Click to Change Yield): 1
Calories: 305kcal
Author: Tracy

*Vegetable or canola oil is also fine.
Did you make this recipe?I'd love to see it! Tag @BakingMischief or hashtag it #BakingMischief.