The perfect ratio for sweet and spicy cinnamon sugar. 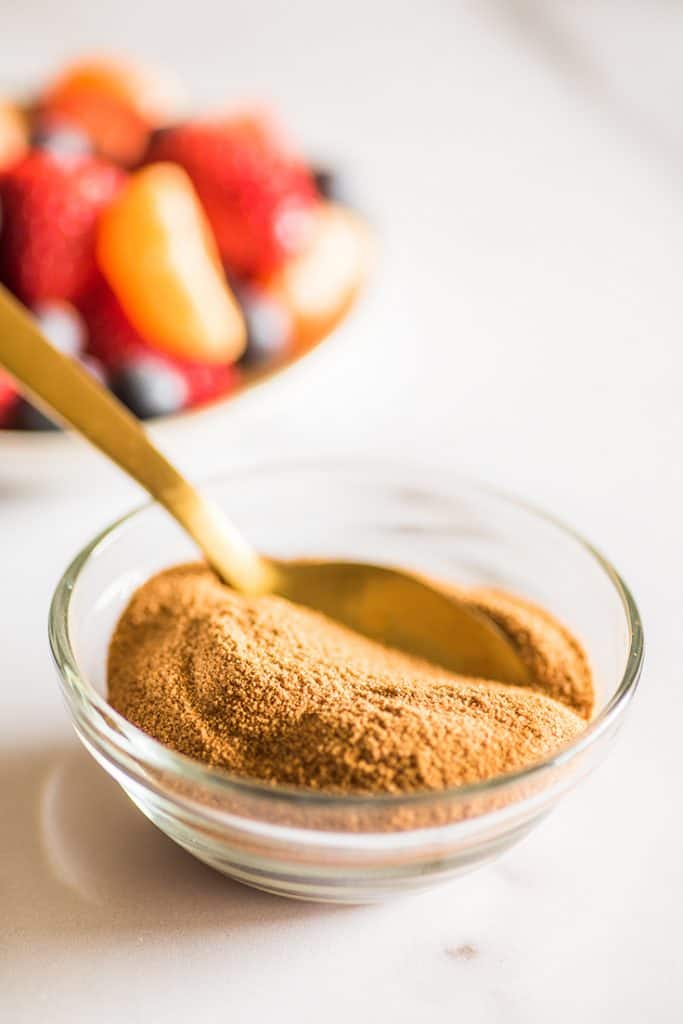 Hey, friends, I have a quick and simple, sweet and spicy recipe for you today: Cinnamon Sugar.

Whether you’re looking to make up a big batch to keep in your spice drawer (would recommend!) or need just enough to sprinkle over your cereal, this recipe has you covered, and it’ s a handy little no-recipe recipe to have in your back pocket.

The perfect cinnamon to sugar ratio is 1:4. With this ratio, you get cinnamon sugar with the ideal level of spiciness that’s going to have a distinct cinnamon flavor but not overwhelm whatever you’re using it on/in.

Depending on how much cinnamon sugar you want to make, that looks like: 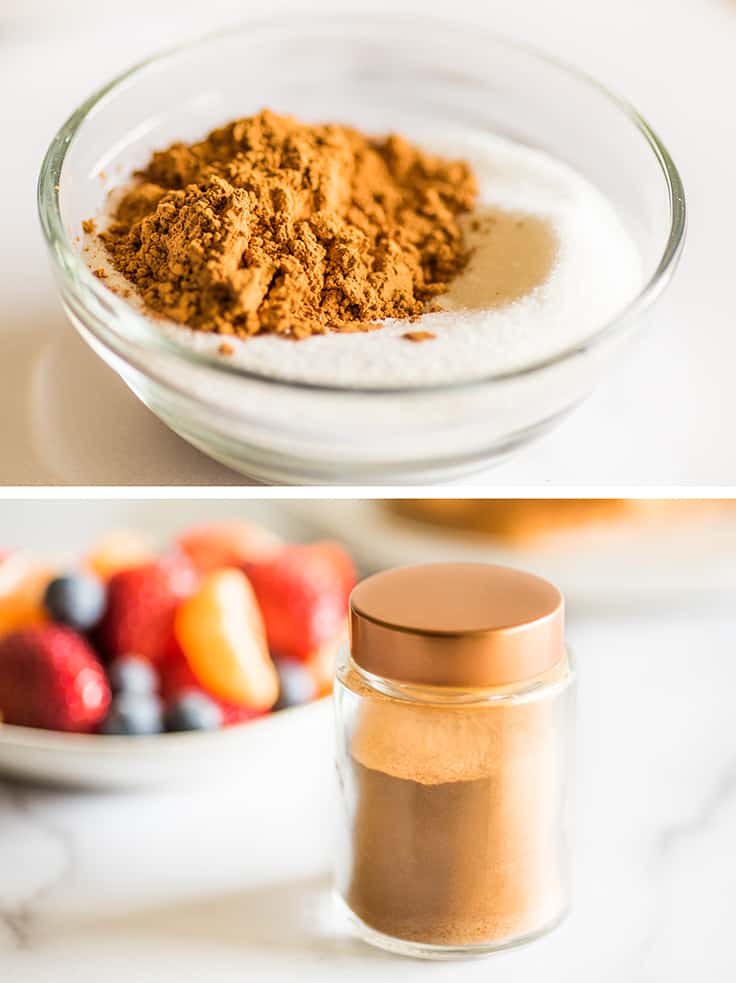 Cinnamon sugar stored in a cool, dry place will keep practically indefinitely. A mason jar or a recycled spice shaker both work well for storing your cinnamon sugar. 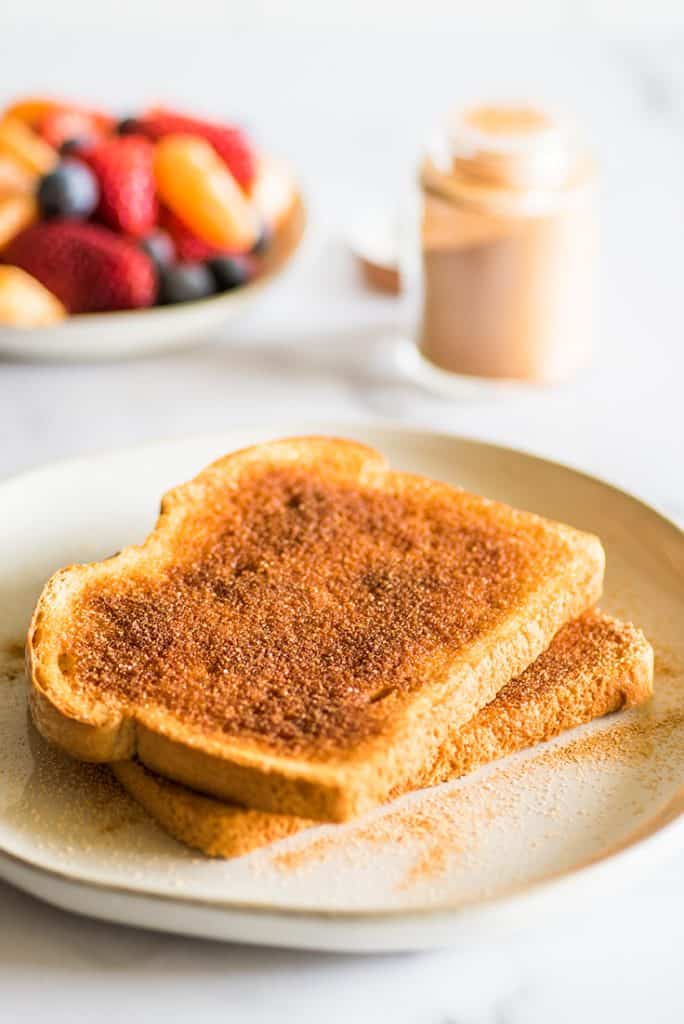 Once you have cinnamon sugar in your spice drawer, you’ll find tons of ways to use it. Some of my favorites include: 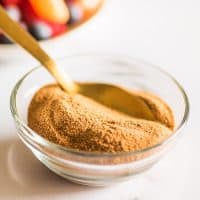 A little over 1 cup cinnamon sugar

« Quick and Easy Pancakes for One
Short Rib Mac and Cheese »