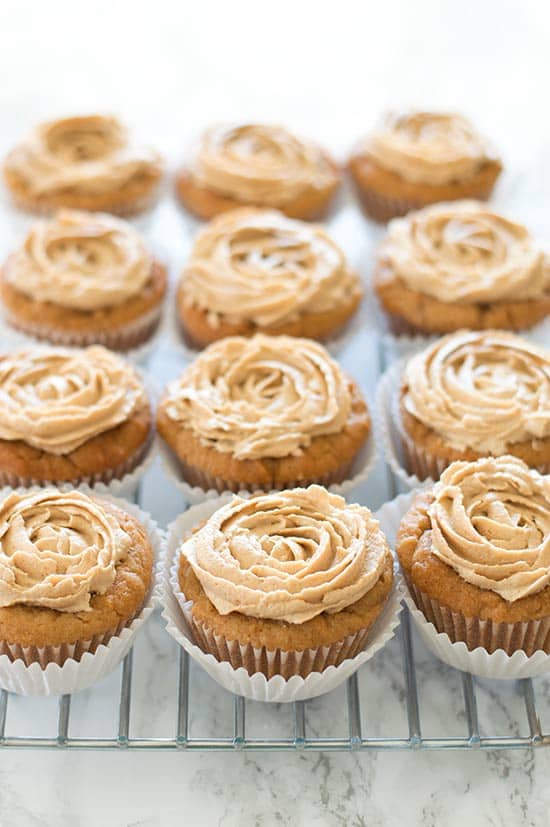 How is everyone doing this fine Friday morning? Have any fun weekend plans? I have a ton of recipe testing to do so I will be up to my eyeballs in sugar. If you never hear from me again, it’s because I’ve slipped into a sugar coma and drifted away happily…

And speaking of sugar, today, we are moving on to Girl Scout cupcake recipe number 2. (To see the first cupcake in this series, check out my Tagalong Cupcakes post.) Today’s cupcake is inspired by my second-favorite Girl Scout cookies, Do-si-dos.

Do-si-dos are a great cookie because they’re all about the peanut butter, thin oatmeal cookies sandwiching a thick layer of sweet and creamy PB goodness, and what self-respecting peanut butter lover is going to turn that down?

My Do-si-do cupcakes are the least literal adaptation of the bunch. For one, I had a hard time adapting the oatmeal cookie into cupcake form, so since we’re all there for the peanut butter anyway, I went with a peanut butter base.

And visually, I thought about making cupcake sandwiches, but didn’t want the cupcake to have to be unwrapped to make the sandwich, and filling the center of the cupcakes with peanut butter was just unappealing looking, so I went with a straight up cupcake and rose-frosted top. I mean, it might as well be pretty, right? 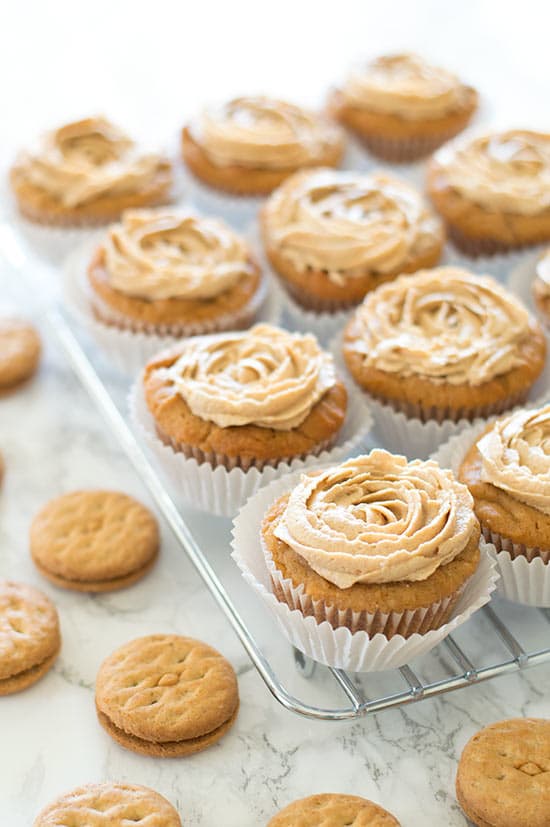 Here’s the deal with these Do-si-do Cupcakes: just like with the cookies, peanut butter lovers only, need apply. Seriously, these things are so intensely peanutbuttery (that’s a word, right?) that if you don’t count peanut butter among the five essential food groups, just back away slowly.

Okay, now that it’s peanut butter lovers only here, guys, these are the best cupcakes ever!! They are soft and so dense. They’re almost like a the best homemade peanut butter cookie you ever ate, in cupcake form.

For the frosting, I adapted the peanut butter buttercream from the Tagalong cupcakes to make it a better fit. It’s whipped, making it a little lighter, because again, the cupcakes are so rich. I also substituted half brown sugar in the frosting to give it a slightly grittier mouth feel to replicate the crumbly texture of the cookies.

I dropped these off at my dad’s comic book shop to get rid of them (so I wouldn’t eat EVERY SINGLE ONE) and when he tasted one, he told me that I’d better hide because once the Girl Scouts knew I had their secret frosting recipe they were going to come after me. It’s such a dad thing to say, but also a pretty great endorsement of the cupcakes.

Stay tuned next week for the cupcake based off the second-best selling Girl Scout cookie, the one I’ve oft referred to as a crime against nature… 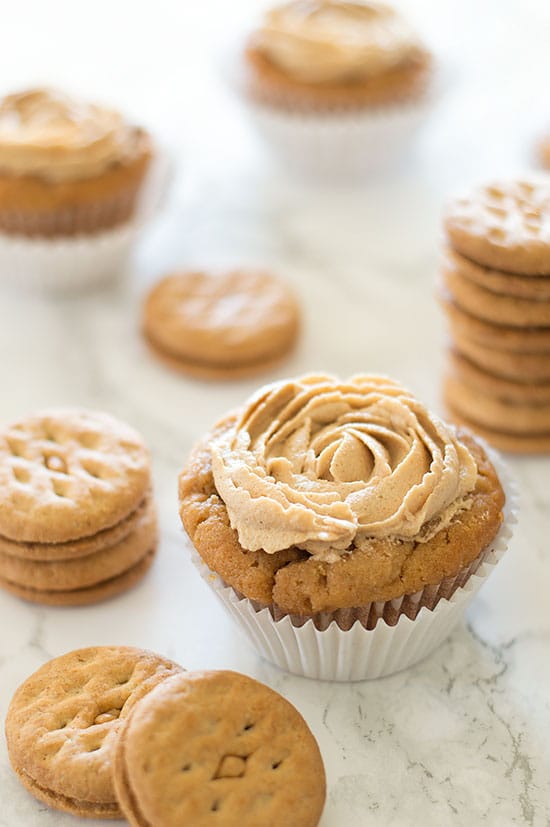 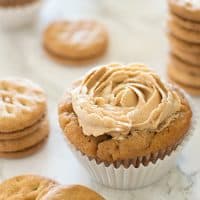 *If you don't like the gritty texture of the brown sugar in the frosting, you can substitute another 1/3 cup of powdered sugar instead.
Did you make this recipe?I'd love to see it! Tag @BakingMischief or hashtag it #BakingMischief.

Small-batch Instructions: If halving, you can use a single egg yolk if you don’t want to deal with halving an egg. Half of 3/4 cup is 1/4 cup and 2 tablespoons. For the frosting, just remember that 1/2 of 1 tablespoon is equal to 1 1/2 teaspoons. No preparation changes are needed.