You are here: Home / Miscellaneous / 2015 (Mostly Food) Superlatives and Year in Review 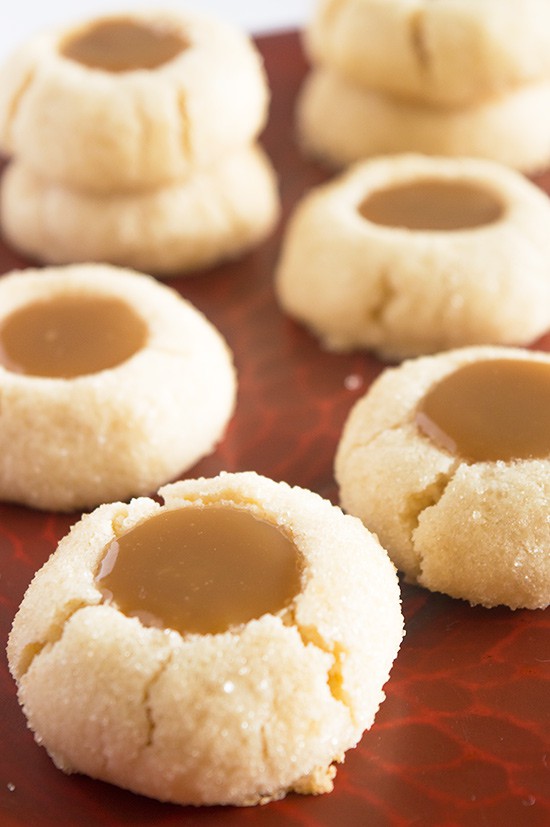 It’s our last day of 2015! You know what that means. It’s time to take a look back and reflect on the year we’ve lived. Did we accomplish all the goals we set for ourselves? Did we put more good into the world? Did we eat enough cookies?

My 2015 was pretty uneventful, but I spent it with people I love and people I like, and I definitely ate enough cookies, so I’m calling it a good year.

This is also the time of year for superlatives. And since Baking Mischief is a food blog, I’m sharing my culinary ones with with you.

Baking Mischief recipe: These Butterscotch Thumbprint Cookies. I love all the recipes on the site, but there’s an amazing sugar-covered, butterscotch-filled reason that this was the first recipe I ever posted.

Food I ate this year: A chocolate and dulce de leche churro I bought at Greenwich Market. Why are all churros not handed to you directly out of the grease and stuffed full of more sweet stuff?? The greatest kindness I ever have or will perform was eating only half so that everyone in my party could try a bite.

New recipe I tried: I made soooo many good ones this year, but in the end, I went with My Baking Adiction’s Café Mocha Cupcakes because her mocha buttercream is perfection in a piping bag and because they were just so damn cute. I sent them to a teacher breakfast and someone asked if they could buy 50 for a party that weekend. 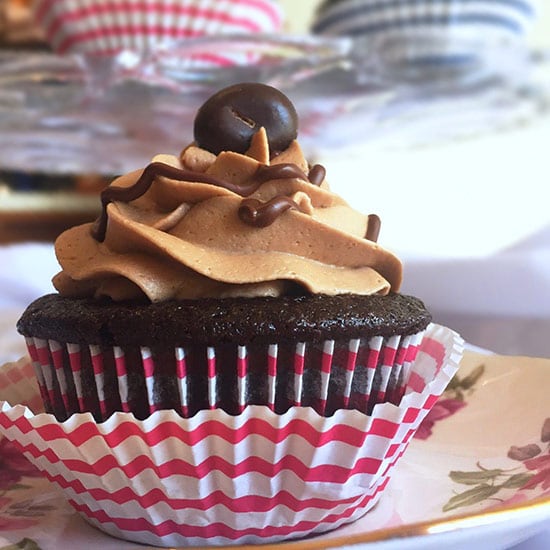 Kitchen disaster: My exceptional clumsiness in 2015. I broke a total of three Pyrex dishes, two bowls, at least one cup, and two or three plates this year. It was not a banner year for glass or ceramics in my kitchen.

Baking project: This year’s gingerbread house was close, but making more than 60 red velvet Iron Man cupcakes for a Marvel event at my dad’s comic shop was definitely the most stressful project I took on this year. 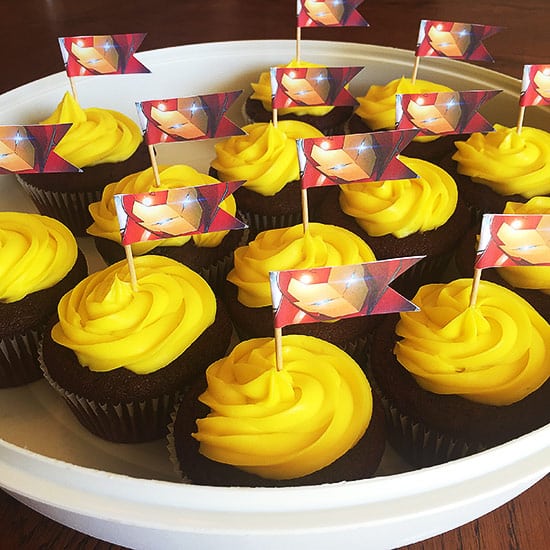 Used kitchen tool: My trusty kitchen scale. I love that thing.
Interesting food I ate: Escargot sausage. It tasted like sausage.
Valuable thing I learned: The weight of most standard baking staples. It makes cooking go so, so much faster, and people are so impressed when you can tell them the weight of half a cup of flour off the top of your head.

A couple non-cooking stats and the big one…

My favorite moment of 2015: I have three-way tie. Getting the chance to see Benedict Cumberbatch’s Hamlet in London was an astonishing delight. I completed NaNoWriMo for the first time, finishing on day 15 with a 10k word sprint as the perfect writing-fueling storm raged outside. And, of course, the absolute terror and exhilaration of pressing “publish” on my first blog post here.

What about you, do you have any favorite/biggest/most moments of 2015 you’d like to share? I think it’s important to look back on the year’s bright spots, because let’s face it, 2015’s been hard on the world at large. Sometimes it can all feel too dark. Holding onto these little moments of joy and accomplishment help keep me hopeful going into the new year. Here’s to a kinder 2016.