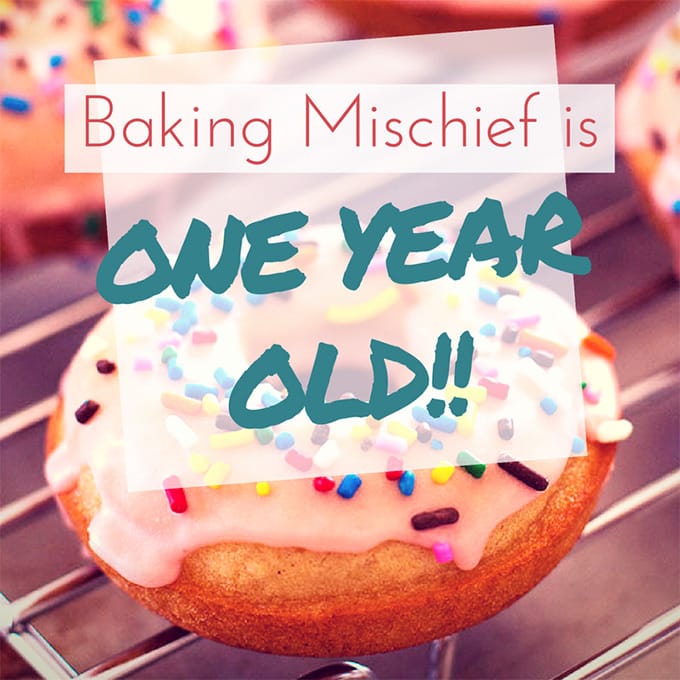 Can you believe it? Baking Mischief is officially one year old today! Last year on December 1st, I posted my first recipe, Butterscotch Shortbread Thumbprint Cookies, and before I knew it, an entire year flew by.

Thank you for all your support in Baking Mischief’s first year. Thanks for your comments, your emails, your clicks, and your time. You’ve made this year an absolute blast!

Just for fun, here are a few Baking Mischief stats from its first year:

Something New is Coming…

To celebrate Baking Mischief’s first birthday, I’m starting a free email newsletter as a way to better stay in touch with you lovely readers! That means once a week, newsletter subscribers will get a dose of Baking Mischief delivered right to their inboxes with a round up of the week’s recipes, an exclusive preview of recipes to come, and probably some ramblings from me. 😉

When you sign up for the newsletter, you’ll also receive this free mini e-cookbook, A Week of Easy Meals for Two. It has seven of my favorite easy meals for two, including some of the most popular recipes from the site that I’ve re-scaled to serve a pair.

If you’d like to join the party, subscribe below! (Once you hit the subscribe button, the text fields will clear themselves, and you should receive a confirmation email almost immediately.)

Thank you to everyone who has journeyed with me this far. I can’t wait to see what year two will bring!