Buttery, flaky buttermilk pie crust wrapped around a savory mixture of steak, carrots, potatoes, and onions, seasoned with oregano and rosemary, and cooked in an easy homemade gravy. These hand pies are one of my favorite recipes to ever come out of my kitchen! 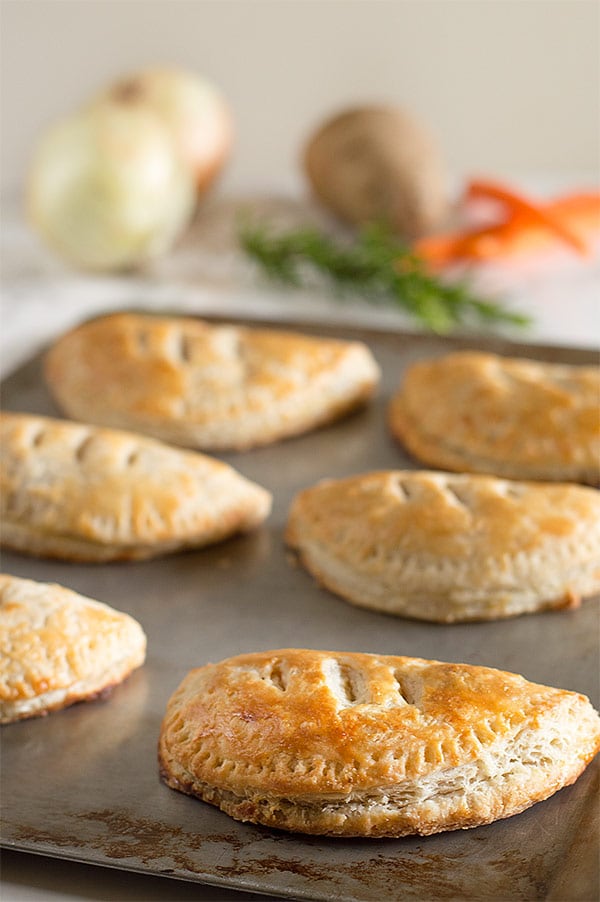 How is everyone this fine Monday morning? We’ve made it to week three of Nerd Month (What’s nerd month? Read about it here). Last week was Bryan Fuller week, and while we are moving on from that, today’s recipe is still tangentially related because it’s for American Gods, a novel he just happens to be adapting for Starz.

But that show is not yet out (2017, set your calendars, I’m so excited!) so today’s recipe is for the book, which is a delight.

I was late to the Neil Gaiman party, but when I heard Fuller was adapting American Gods, I immediately ran out and picked up it and Good Omens (more on that some other time), and fell completely in love.

The book is a fantastic blend of small-town mystery and epic mythology, with characters ranging from literal Norse gods to kindly sheriffs and the main character Shadow is one of the more likable, reasonable protagonists you’ll ever come across. It’s a fast, compelling read and also has one of my favorite character monologues ever.

I knew I wanted to do a recipe from the novel for Nerd Month, so I reread it a few weeks ago and was surprised to find that for a book about regional America, there isn’t actually a ton of very appetizing food in it. The one food that really stood out was the beef pasties that Shadow eats throughout the novel, so that’s what I went with.

Plus, I’d never had a pasty before, and I kind of wanted to give one a try. After all, as Shadow says, “It’s real good.” 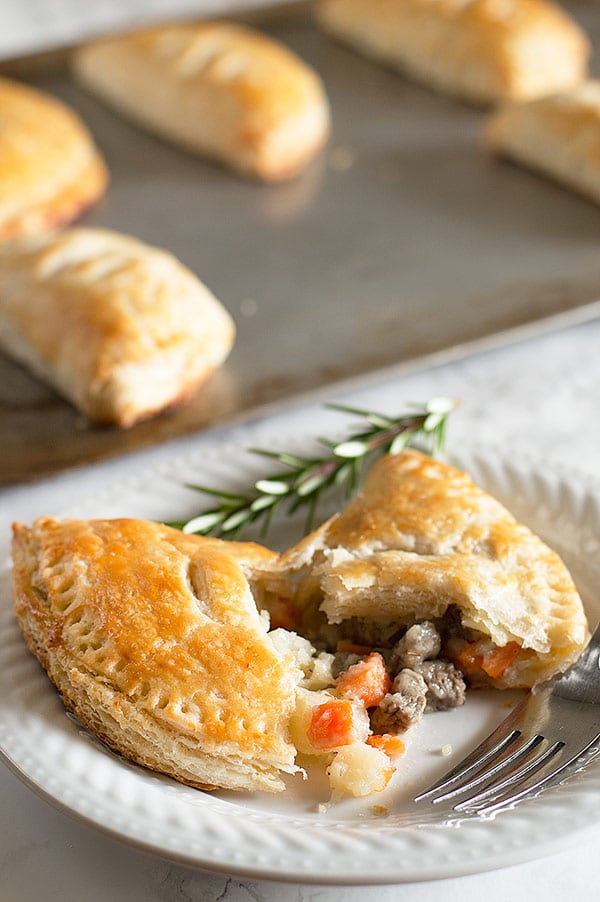 And they are good. I mean, real good. How good are they? Well, my sister was visiting last weekend, tried them, and then stole all of the leftovers when she returned to LA.

Unless you don’t like/eat beef, I dare you to try not to fall in love with these things. The shell is made from my favorite buttermilk pie crust, so it’s flaky and buttery and perfect. And the filling is a salty, savory mixture of steak, carrots, potatoes, and onions, seasoned with oregano and rosemary, and cooked in an easy homemade gravy.

Meat pies like these have always intimidated me a little, but I actually managed to make this recipe pretty straight forward and fool-proof. There’s always a degree of difficulty when it comes to making stuffed pastries from scratch, but this recipe does as much to eliminate that as possible.

The buttermilk pie crust (which I’ve raved over before) is made in the food processor (if you don’t own a food processor, this is the one I own–I can’t recommend it highly enough) and is really beginner friendly when it comes to handling and rolling. And unlike a lot of pasty recipes I’ve seen, this stuffing is fully cooked before the pies go into the oven, so you don’t have to worry about whether your meat is cooked through or vegetables tender before they come out of the oven.

But my favorite thing about them is that they freeze and reheat amazingly. All you have to do is pull one out of the freezer, pop it right in the microwave, and one to two minutes later, you have a sizzling hot pasty that tastes like it just came out of the oven! 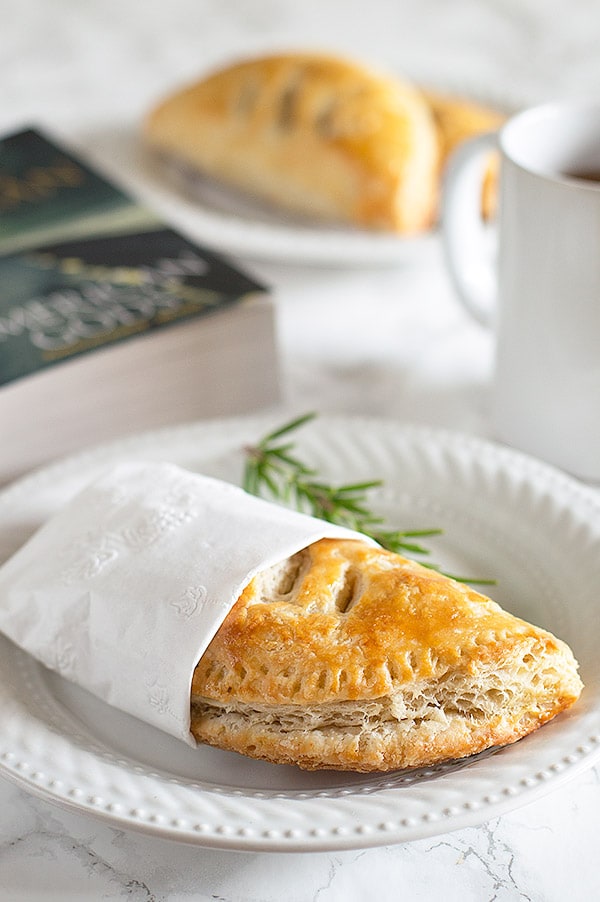 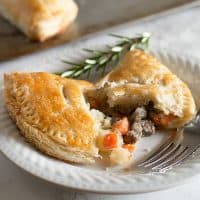 Buttery, flaky buttermilk pie crust wrapped around a savory mixture of steak, carrots, potatoes, and onions, seasoned with oregano and rosemary, and cooked in an easy homemade gravy. These hand pies one of my favorite recipes to ever come out of my kitchen!
4.77 from 13 votes
Print
Course: Dinner
Cuisine: American
Total Time: 1 hour 30 minutes
Servings (Hover or Click to Change Yield): 6
Calories: 596kcal
Author: Tracy

*If you are sensitive to salt, cut salt in the filling to 1 teaspoon. These are fairly salty pasties.
Did you make this recipe?I'd love to see it! Tag @BakingMischief or hashtag it #BakingMischief.

Make-ahead Instructions: Pie dough will keep in the refrigerator for up to 48 hours and in the freezer for up to 2 weeks. Filling can be made up to 2 days in advance.
Recipe for Two Instructions: This recipe halves cleanly. Keep a close eye on the butter and flour as you make the gravy. They will cook a bit faster when halved. Otherwise, no cooking changes are needed.
Freezer Instructions: Cooked pasties freeze very well. Wrap individually in plastic wrap and store in an air-tight container or freezer bag. Reheat in the microwave for 1 to 2 minutes. They come out flaky and crispy as though just out of the oven.

*This post contains affiliate links, which means I receive small commission if you make a purchase using one of the links. There is absolutely no additional cost to you.