Hey, friend, if you’re here, I’m guessing you’re about to make a recipe that calls for pumpkin pie spice, and you realized that’s not something you keep in your cupboard.

No worries, I’ve got you covered. 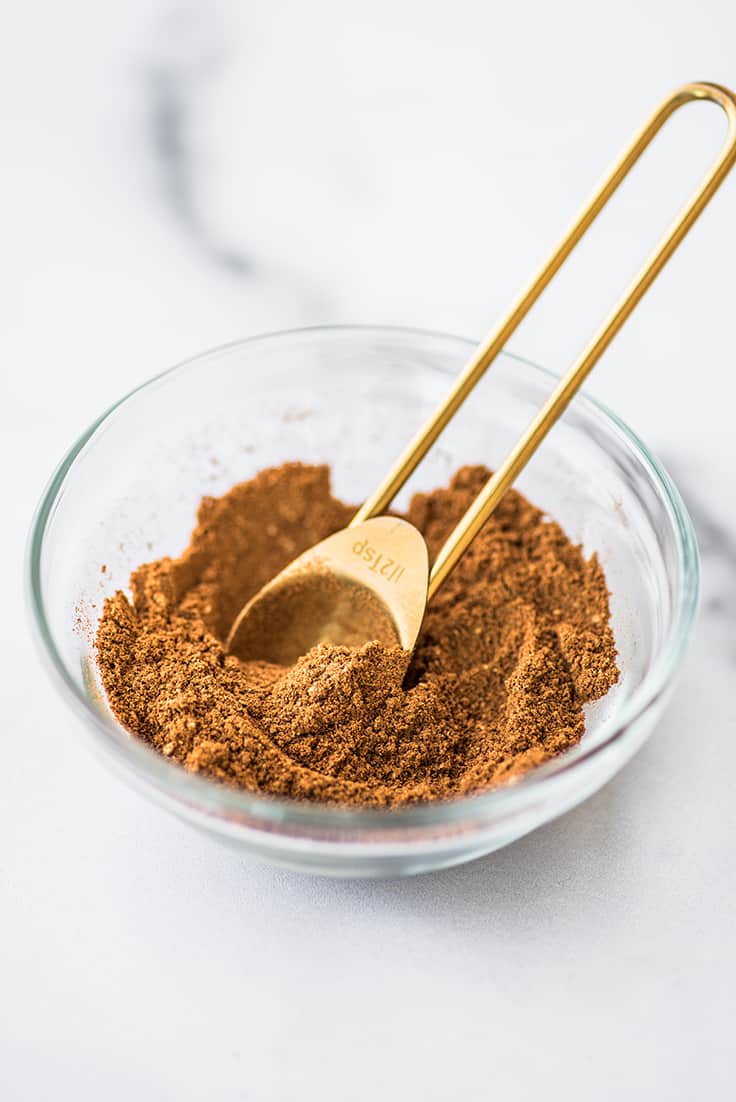 If you need a quick batch of homemade pumpkin spice, here is the recipe for three different amounts you might need:

For anything less than 1/2 teaspoon or in between these measurements, make the nearest larger amount and measure out what you need from it.

Okay, now go finish your recipe. Or if you want to know a little more about pumpkin pie spice, read on… 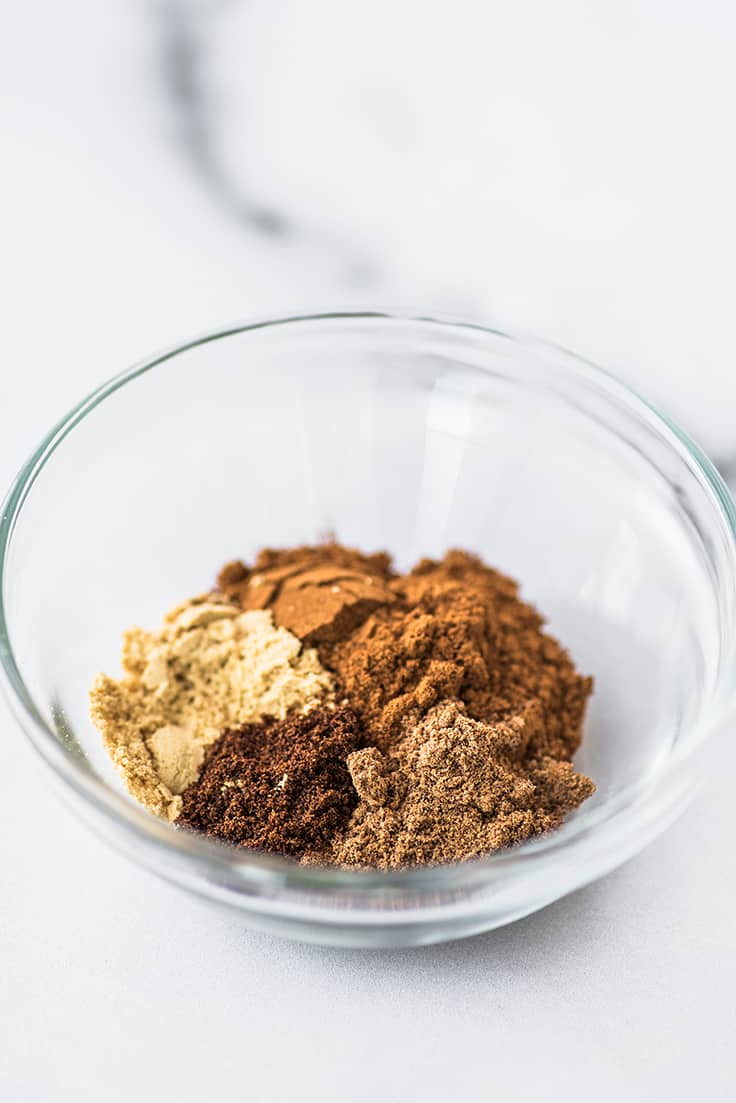 What is in pumpkin pie spice?

Pumpkin Spice is almost always made with the same 3 base ingredients:

And some blends omit a fourth ingredient entirely, but most also contain either ground cloves or allspice.

I generally prefer using ground cloves, as allspice is a little peppery for my taste, but some people complain that cloves make their pumpkin pie spice taste too much like gingerbread.

If you have both of these spices, I recommend the very scientific process of smelling them, seeing which you prefer, and using that one. And if you don’t have either and don’t want to buy more spices, just go ahead and omit adding a fourth spice.

How to Make Pumpkin Pie Spice

Simply stir all spices together in a small airtight container like a small jar or leftover empty spice container.

Store your pumpkin spice in an airtight container away from heat. It will stay fresh for 3-4 months, so if you make a batch in September, it should last you through your holiday baking season.

Like all spices, it will start to lose its kick with time, so don’t make too large of a batch if you’re not sure you’re going to be able to use it within the next few months.

What can I use instead of pumpkin pie spice?

If you don’t have all the ingredients for the full recipe, you can substitute any combination of ground cinnamon plus the ingredients you do have. It will be missing some of that true pumpkin spice flavor, but it will work in a pinch.

I wouldn’t try substituting for pumpkin pie spice without cinnamon.

Can I add pumpkin pie spice to coffee?

If you’re craving a Pumpkin Spice Latte, you can use pumpkin spice to make one BUT don’t just add spoonfuls of it to your morning coffee.

Cinnamon does not dissolve well into liquid, so you’ll just have lumps of it floating in your coffee. Instead, add it to your coffee grounds before brewing your coffee. The brewed coffee will pick up all the flavors of the pumpkin spices, and then you can stir in some warm milk, cream, sugar, and maybe a drop or two of vanilla.

Is allspice the same as pumpkin pie spice?

No allspice and pumpkin pie spice are not the same thing. While allspice is known for having a flavor similar to a combination of cinnamon, nutmeg, and cloves, which are all ingredients in pumpkin pie spice, it is its own separate spice.

It also packs a much stronger flavor punch than pumpkin spice, so you certainly don’t want to try substituting it for pumpkin spice in the same amount as the taste would be overwhelming.

Can you use pumpkin pie spice in apple pie?

Yes. Apple pie spice is usually a mix of cinnamon, nutmeg, allspice, and sometimes ginger and cardamom. The two have a pretty similar flavor and can be used mostly interchangeably if needed.

If substituting pumpkin pie spice for apple pie spice, use the amount called for in the recipe, and then add a little cardamom if you have it (about 1/8 teaspoon for every teaspoon of pumpkin pie spice used), as its herbal, citrusy flavor is delicious in apple pie. 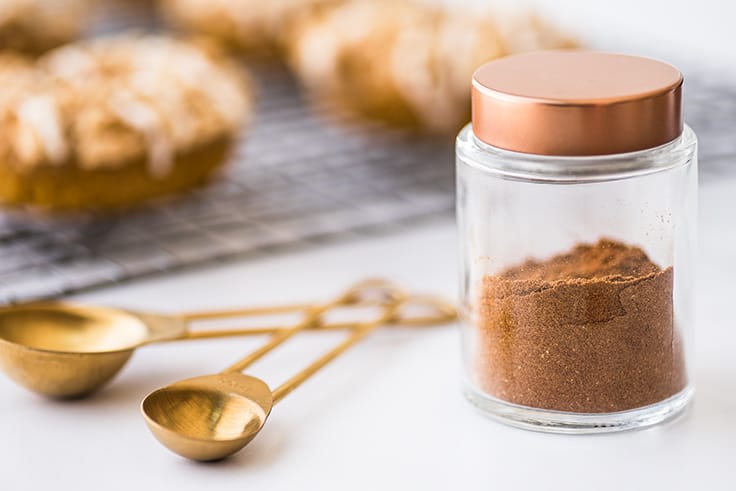 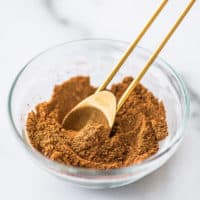 « What to Do With Leftover Pumpkin Puree
Cheesy Sausage Potato Soup »