This BBQ Chicken Pizza is made with cubed or shredded chicken tossed with sweet and smoky barbecue sauce, sliced red onions, and a combo of mozzarella, smoked gouda, and a sprinkle of cilantro.

If you’ve never tried BBQ Chicken Pizza before, you absolutely should because it’s is a total treat. Barbecue chicken makes *such* a good pizza topping, especially combined with red onions, mozzarella and smoked gouda, and cilantro.

Depending on how much time you have, you can make the crust from scratch (I recommend the crust from my Margherita Pizza) and cook the chicken yourself.

Or you can grab a rotisserie chicken and premade pizza crust at the store when you pick up the rest of your ingredients for a super easy weeknight dinner. 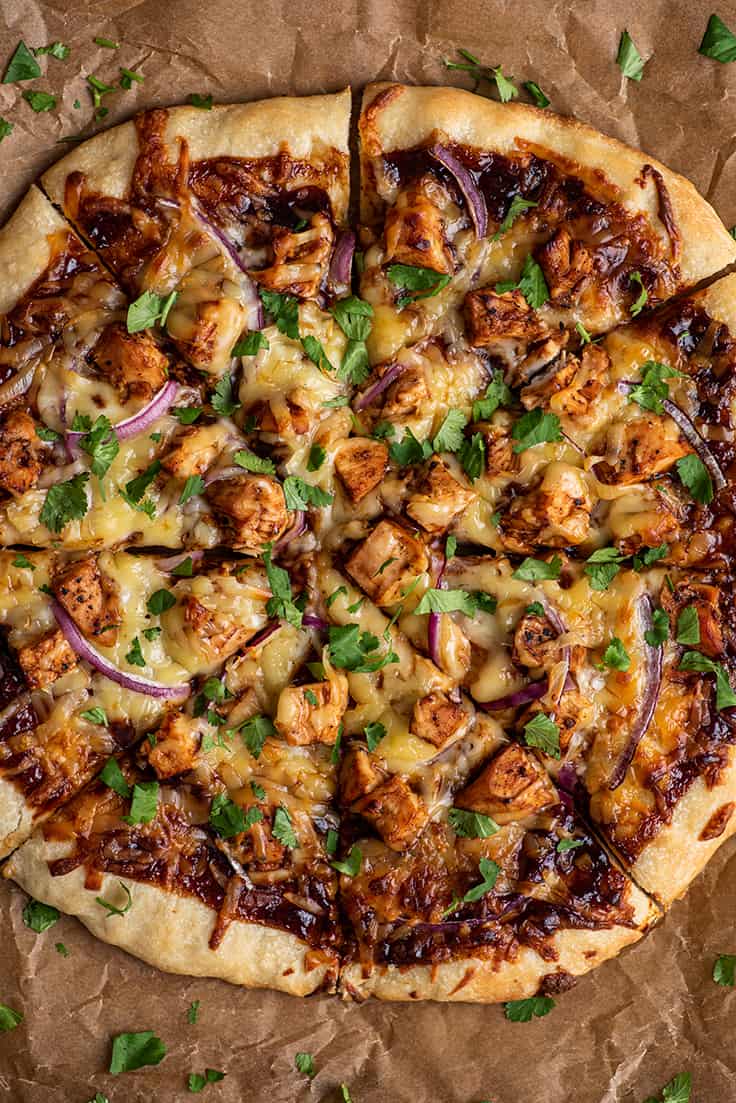 How to Make BBQ Chicken Pizza

The ingredients I’ve included in the recipe are the standard ones you’ll find for most barbecue pizzas, but like any pizza, you can really make this your own with a variety of toppings. Try:

No pizza crust? No problem. Try it with one of these crust alternatives:

Can I use leftover BBQ chicken in this recipe?

Yes! If you have cooked BBQ chicken on hand like my Shredded BBQ Chicken, you can use it here. Just use 1 cup of the chicken and skip tossing it with extra BBQ sauce. Make the rest of the recipe as written.

Can I freeze this pizza?

Yes. Like most pizzas, this recipe freezes and reheats well. Store slices in a freezer bag or double wrap the entire uncooked pizza in plastic wrap and then foil. Store in the freezer for up to 3 months.

To reheat, unwrap and bake in a 400°F oven until heated through. 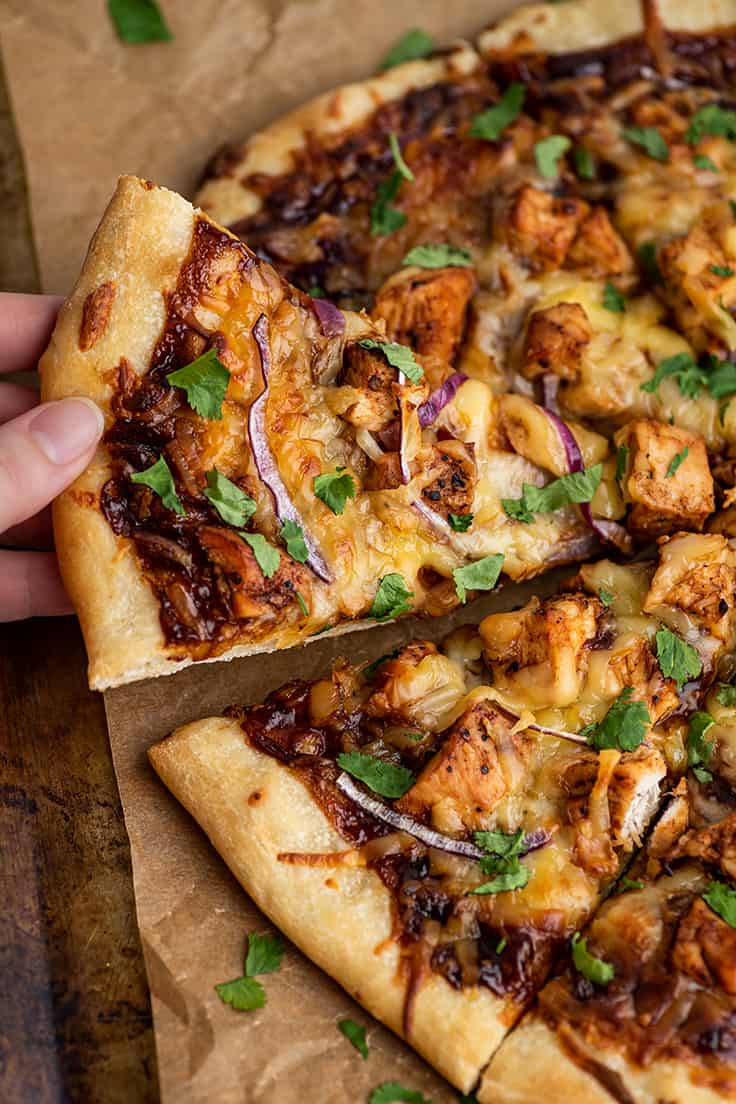 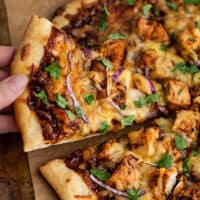