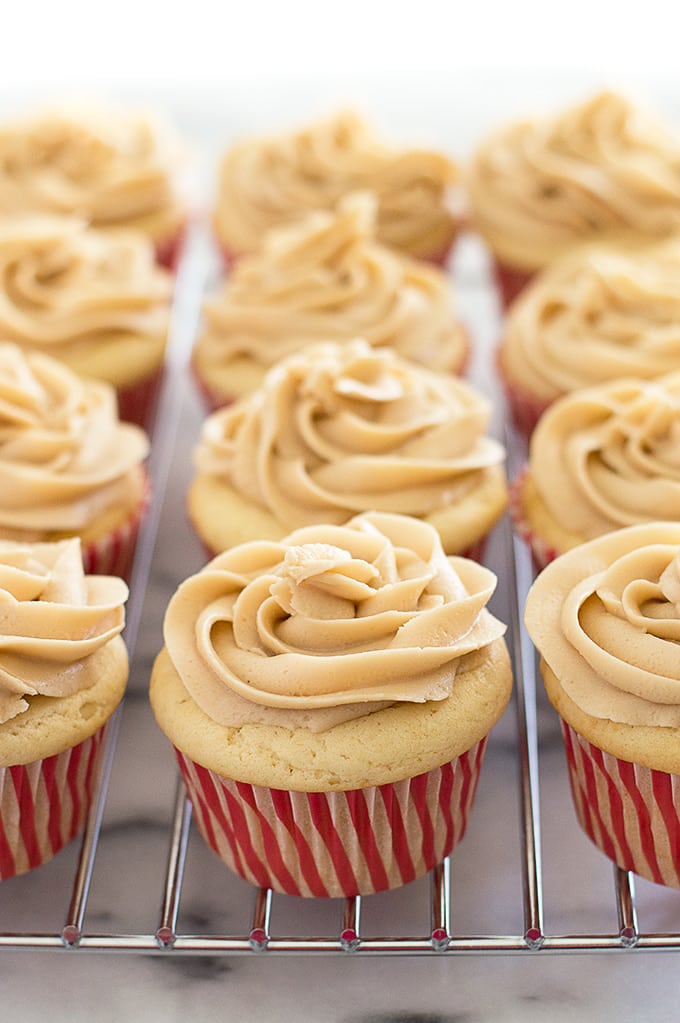 Today’s (barely) creepy recipe in my month of creepy fictional foods (the first post was Hannibal’s Sanguinaccio Dolce, check it out!) is also a part of #Burtoween. What’s Burtoween? Well, you might remember last month I made Jigglypuff Pink Cream Puffs for #Pokenom, hosted by The Gluttonous Geek, where a bunch of fellow bloggers posted Pokemon-inspired recipes across all of our sites.

This month, the same group of bloggers is getting together, celebrating Halloween by creating fictional foods inspired by the films of Tim Burton. It’s being hosted by the amazingly talented Carrie of the blog, Witchy Kitchen (you might remember some of her killer Game of Thrones recipes from my Nerdy Recipes Roundup back in May).

If you like nerdy things and you like to create recipes, you should join us! You don’t have to have a food blog. You can post your recipes on Instagram or Tumblr, they just have to be original recipes or adapted with credit. It’s a ton of fun and everyone involved is super friendly and awesome.

We’ll be running fictional food-themed months every month for the foreseeable future (I’m hosting in June, Star Trek y’all–get hyped), so if Burton isn’t your thing, come join the Facebook group and see what’s cooking in the months to come.

For my entry, I chose to make a recipe inspired by my favorite Burton film, Big Fish*. What do Apple Pie Cupcakes have to do with Big Fish? I’m so glad you asked!

Big Fish is the story of a son who only really knows his father through the outrageous tale tales he tells about his life. Most of the movie is flashbacks where you see those stories play out, and to look at them, they are so over the top, you know that they must be lies.

But, throughout the movie as the son comes to know his father better, he discovers that there is actually a grain of truth at the center of all of his father’s stories. It’s one of Burton’s best movies, I cry like a baby every time I watch it, and it’s just a lovely film about the narratives we write for ourselves and the way people come to know us through and despite them.

One of my favorite parts of the film is of the town of Spectre, that is at once both the creepiest and most charming small town you’ve ever seen. Among other things, they claim to serve the world’s best apple pie. So I present you with Spectre Apple Pie!

And sure, looking at these, when you hear me tell you it’s apple pie, it sounds like a lie, but just like the stories in Big Fish, once you get to the heart of things (take a big ol’ bite), you discover that there’s some truth to my telling of it. 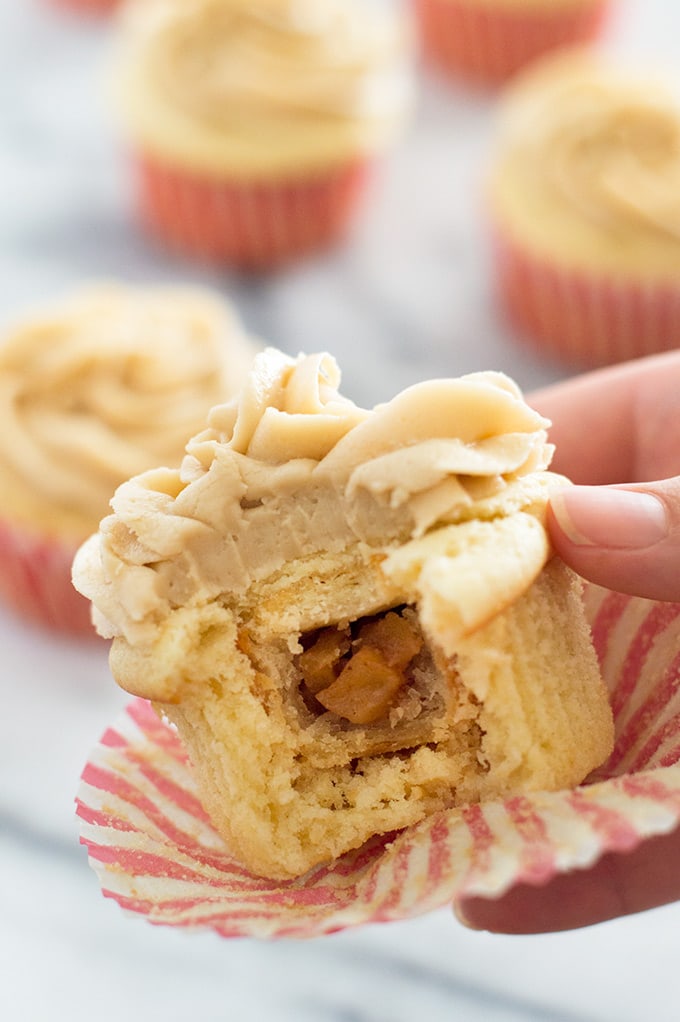 Okay, I know, that’s reaching a bit, and these are some high-concept cupcakes, but I’ve been dying to give the whole cake pie thing a try for ages. And I’m not going to lie, I was pretty pleased with myself when I thought up this recipe/movie pairing. 😉

Plus, you know me. I love a project cupcake (exhibit A: S’mores Cupcakes, exhibit B: Captain America Brooklyn Blackout Cupcakes). These are most definitely a project cupcake, but completely rewarding and fun. 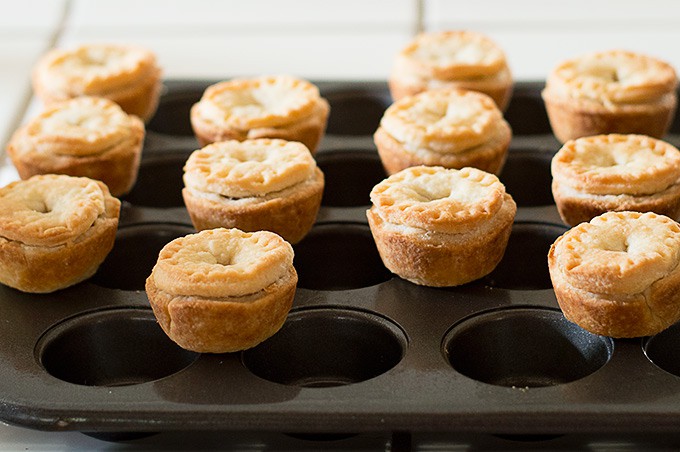 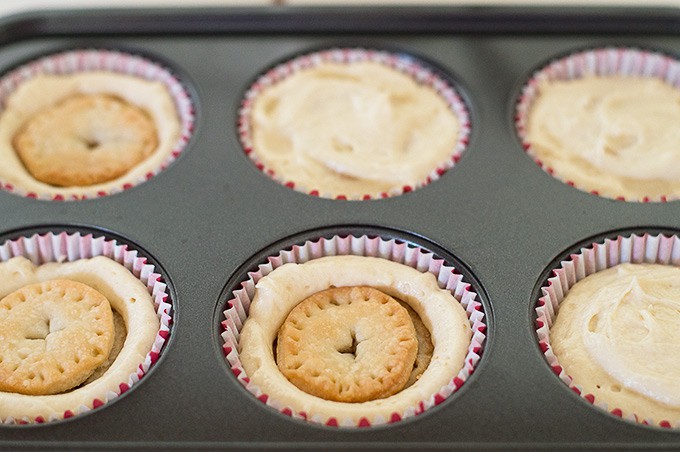 Then you bake them again inside of this super simple one-bowl cupcake recipe. And obviously you have to top a cupcake this good off with something special, so we are going homemade caramel buttercream. Don’t worry, this is an easy homemade caramel buttercream, so you don’t have to melt any sugar, just heat brown sugar, milk, and butter together and whip in powdered sugar. It’s aaaaa-muh-zing.

These cupcakes come out so cute and fun. I had a blast feeding them to people and watching them giggle over the tiny pie hidden inside. They’re definitely a bit of work, but I think, well worth it! 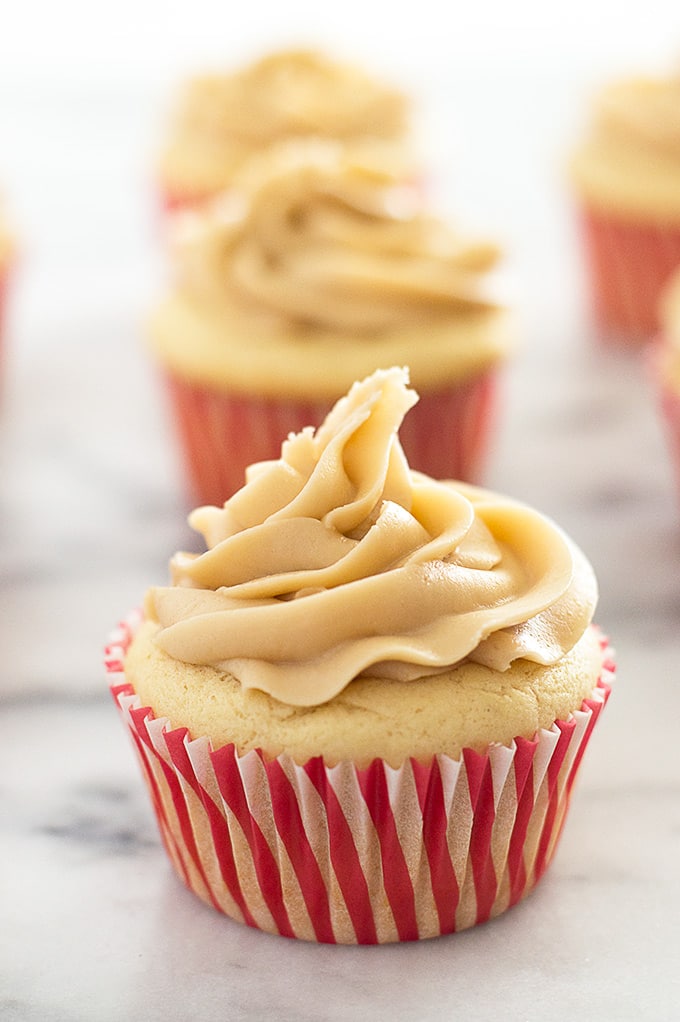 You’ll only need about 1/4 cup of buttermilk to make your mini pies. Check out my post What to Do With Leftover Buttermilk for storage tips and recipes to use up the leftovers. 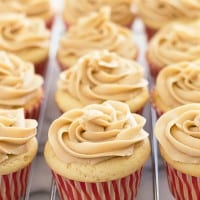 *If you don't have biscuit cutters in these sizes, you can use cups approximately the same size as cutters, and gently stretch the dough to fit. *I had enough batter left over to make two plain cupcakes. You can discard it or cook extra batter for the same length of time as the rest of the cupcakes.
Did you make this recipe?I'd love to see it! Tag @BakingMischief or hashtag it #BakingMischief.

This post may contain affiliate links, which means I receive small commission if you make a purchase using them. There is absolutely no additional cost to you.