These BBQ chicken nachos with shredded bbq chicken, melty cheese, ranch, and cilantro over crispy tortilla chips are a fun and easy twist on traditional nachos.

Last month I shared the recipes for my favorite BBQ shredded chicken, and my favorite meal to make with it, BBQ chicken sandwiches. Today I have another BBQ chicken recipe for you, but something a little more fun and a little less practical, BBQ chicken nachos.

This recipe makes a full half sheet pan, double-layer of homemade nachos that are perfect for sharing. They’re super easy to throw together and a very fun twist on traditional nachos. 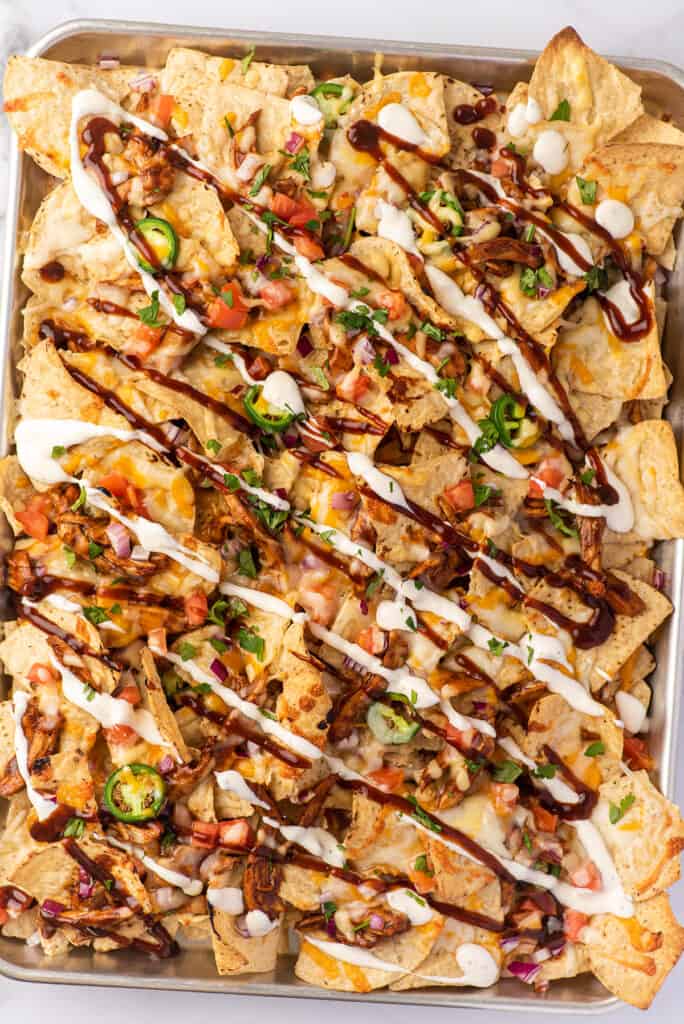 The first time I ever tried BBQ chicken nachos, I was a little hesitant about the flavor combo, but after you take the first bite, it’s surprisingly irresistible. The tangy sweetness of the bbq sauce and chicken is just so good with the crunchy, salty chips and melty cheese.

If you like some sweet with your savory, you will love these.

How to Make BBQ Chicken Nachos 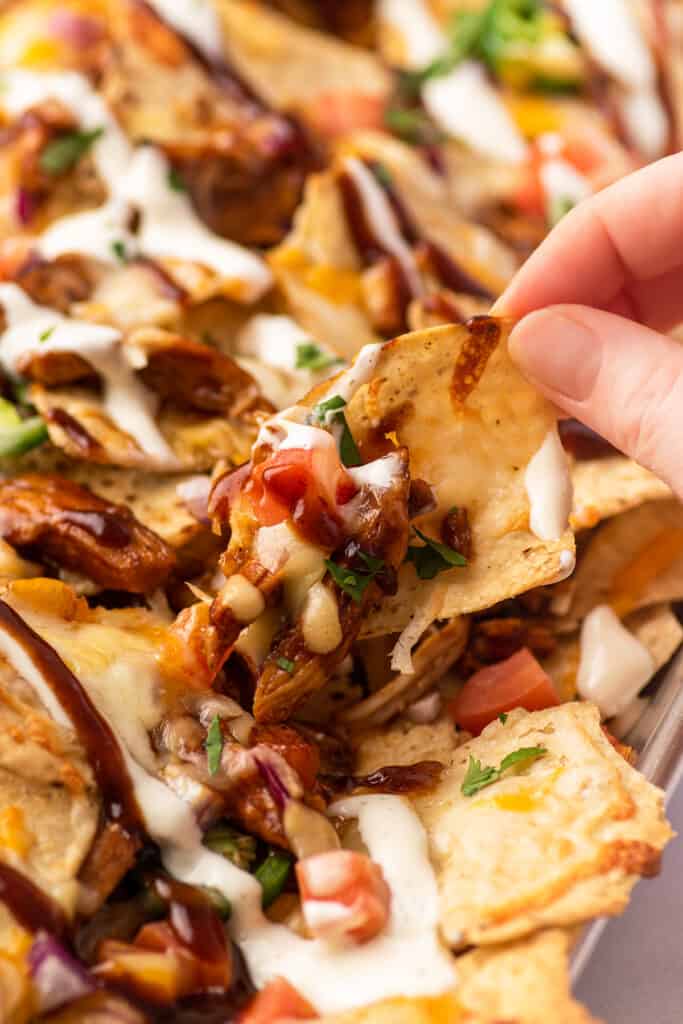 Can I make these nachos ahead of time? 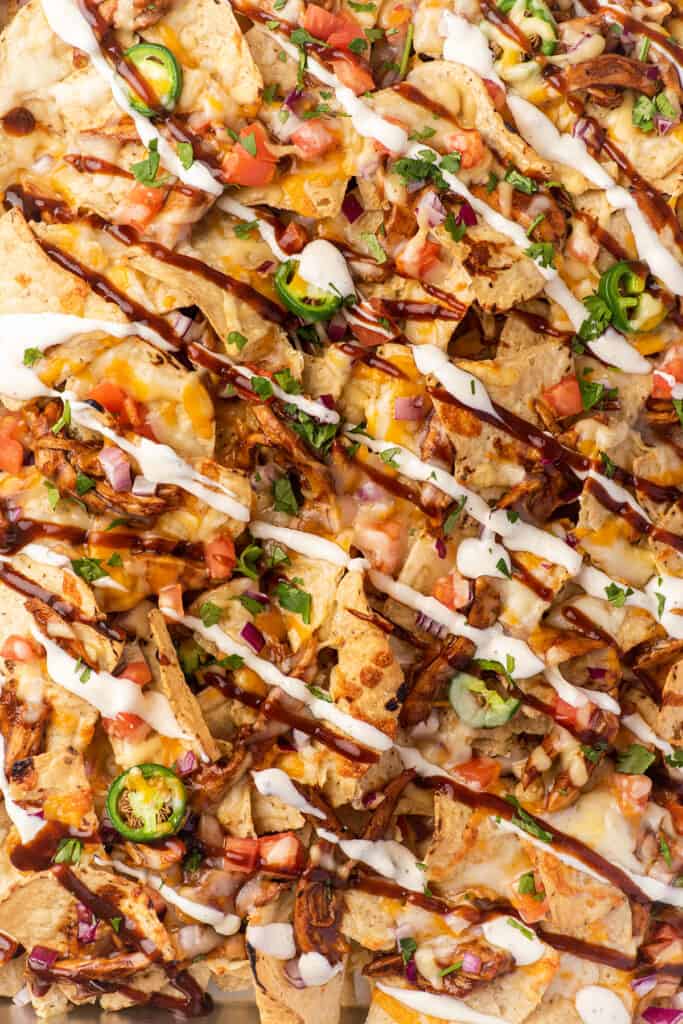 Can I make these nacho fries instead of using chips?

Sure! Like my carne asada fries and carnitas fries, bbq chicken fries are totally irresistible. Use a 28-ounce bag of frozen fries and bake them according to package instructions until they are just done. Add the toppings and continue to bake until the cheese is melted, about 5 minutes.

This makes too many nachos. Can I cut the recipe in half?

Absolutely. This recipe halves with no preparation changes needed. A half batch can be baked on a quarter sheet baking pan or in a 9×13-inch casserole dish.

To change the recipe yield, hover over the serving size in the recipe card below or click if you’re on mobile, and slide the slider. 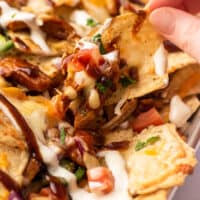 *If starting with large chicken breasts, cut each piece of meat into 2 even cutlets by placing your hand on top of the chicken breast and running a sharp knife horizontally through the center of the breast, slicing the top and bottom into two thin, even pieces. *If for any reason your BBQ chicken has cooled or been refrigerated before you assemble your nachos, reheat it before adding it to the chips. The nachos won't bake long enough to fully reheat cooled chicken.  *To get perfect drizzle lines for the BBQ sauce and ranch dressing, you can transfer them to a squeeze bottle if you have one, or pour some sauce into plastic zip top bags, snip off an edge and draw your lines that way.
Did you make this recipe?I'd love to see it! Tag @BakingMischief or hashtag it #BakingMischief.