You’re going to love these BBQ chicken sandwiches with tangy shredded BBQ chicken and crunchy coleslaw on a toasted bun.

These sandwiches are pretty much my ideal sandwich. They’re built on a lightly toasted brioche bun with tender smokey sweet shredded chicken and a tangy crunchy coleslaw that brings everything together. Best of all, these sandwiches are super easy and surprisingly fast to make.

No need to break out the BBQ or slow cooker. This BBQ chicken cooks on the stovetop in less than 30 minutes, and most of that cooking time is completely hands-off. 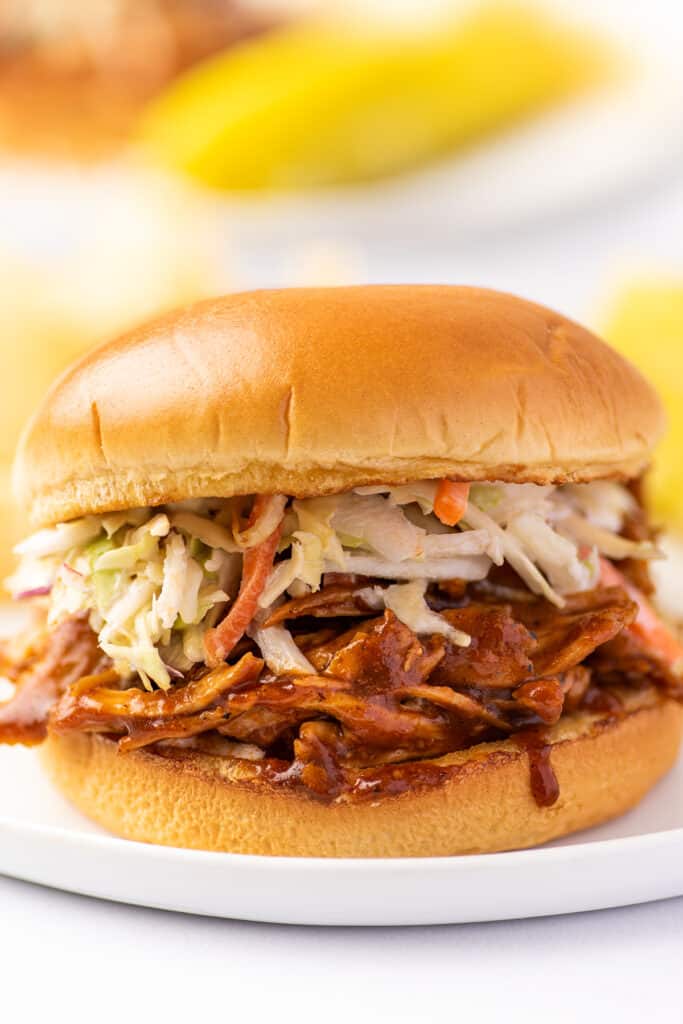 If you’ve made my shredded chicken or stovetop chicken breasts, you’ll recognize the cooking method here. You just lightly brown the chicken breasts and then let them cook in simmering liquid, in this case, a mixture of BBQ sauce, vinegar, and water.

Cooking the chicken this way means it will absorb a ton of flavor from the sauce as it cooks AND cooking the chicken breasts in liquid makes it basically impossible to burn them, so they need very little babysitting.

So while your chicken cooks on the stove, you’re free to prep the rest of your meal, get a head start on dinner clean-up, or take a little you time. 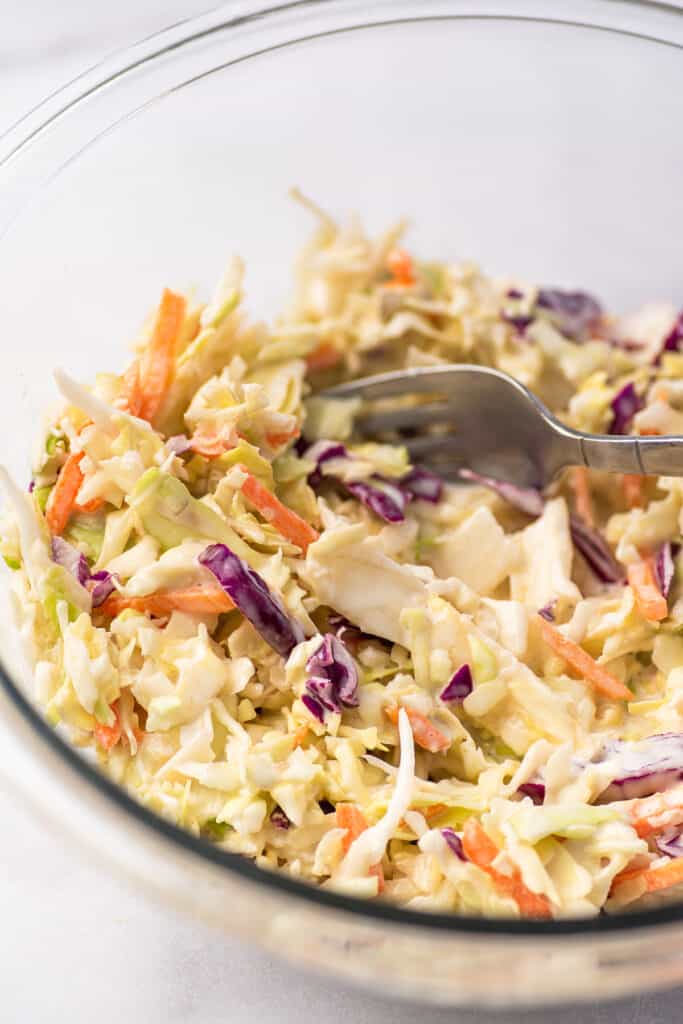 How to Make BBQ Chicken Sandwiches 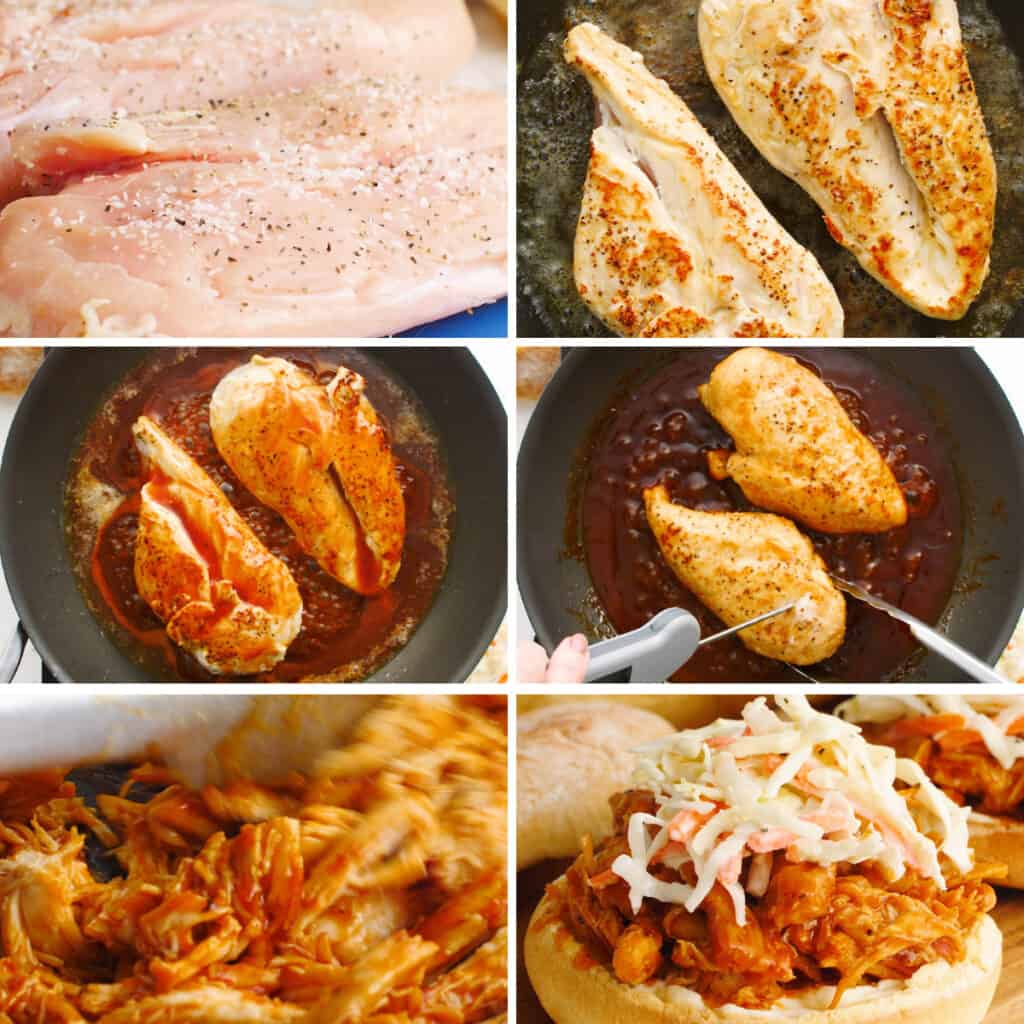 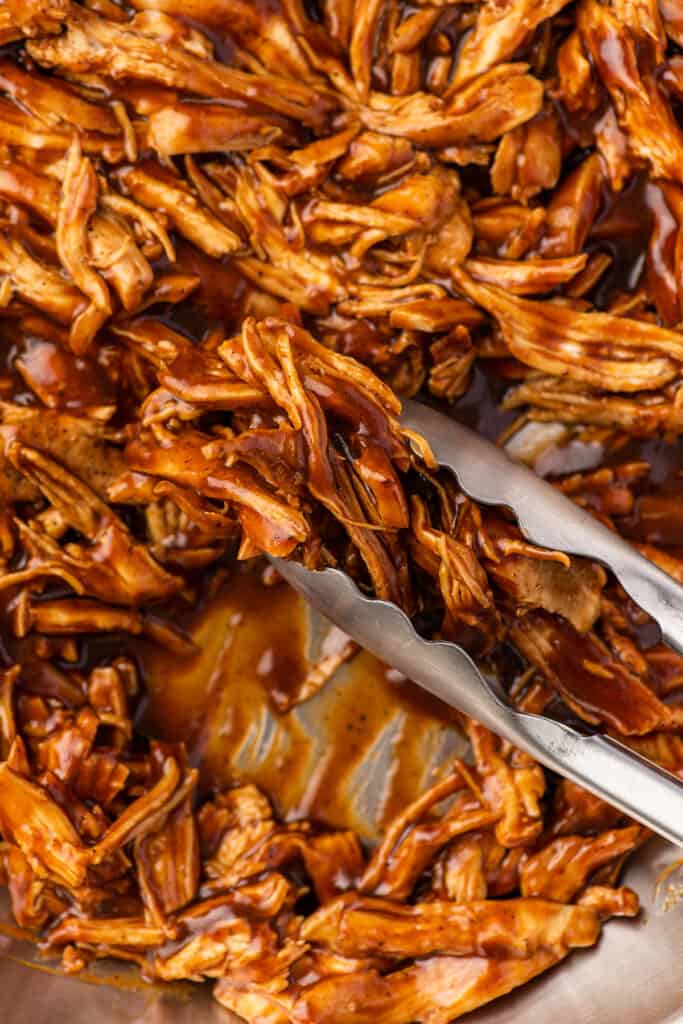 Switch up your sandwiches and try adding…

Can these sandwiches be made ahead of time?

What can I do with leftover BBQ shredded chicken?

Can I freeze these sandwiches?

Don’t freeze assembled sandwiches but the BBQ chicken and buns can be frozen separately. Transfer the chicken to a freezer bag and freeze for up to 3 months. Buns can be double wrapped and frozen for up to 1 month.

Defrost the chicken in the refrigerator overnight before reheating. Frozen buns can go directly into a 400°F oven. Bake for 5 to 8 minutes until heated through and lightly toasted and then assemble the sandwiches. I do not recommend trying to freeze the coleslaw.

What to serve with chicken sandwiches?

Serve your sandwiches with a side of kettle chips, homemade fries, smashed potatoes, or maybe some macaroni salad (my fave), and a simple veggie like: 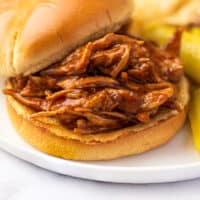 *If starting with large chicken breasts, cut each piece of meat into 2 even cutlets by placing your hand on top of the chicken breast and running a sharp knife horizontally through the center of the breast, slicing the top and bottom into two thin, even pieces.
Did you make this recipe?I'd love to see it! Tag @BakingMischief or hashtag it #BakingMischief.