These Kahlua Tres Leches Cupcakes take classic tres leches cake and add a boozy Kahlua twist. An easy and delicious recipe that everyone (over the age of 21) will love!

Last month, I bought a bottle of Kahlua for a recipe and as I was “taste testing” it, I was overcome with the sudden urge to add some Kahlua deliciousness to everything (like maybe some Mini Kahlua Cheesecakes…). So fair warning, there are a few Kahlua recipes coming up in the next couple months. Might want to stock up now.

To start, allow me to introduce Kahlua Tres Leches Cupcakes.

Growing up in Southern California, Tres Leches Cake is something you’re going to run into frequently, but I’m not sure how well known it is in northern parts of the US.

If you’re not familiar with it, Tres Leches Cake is a sponge cake that is dowsed in a sweet mixture of three different types of milk. It sits overnight soaking up the liquid, and what you get the next day is this fantastically moist cake with a texture that’s really all its own. 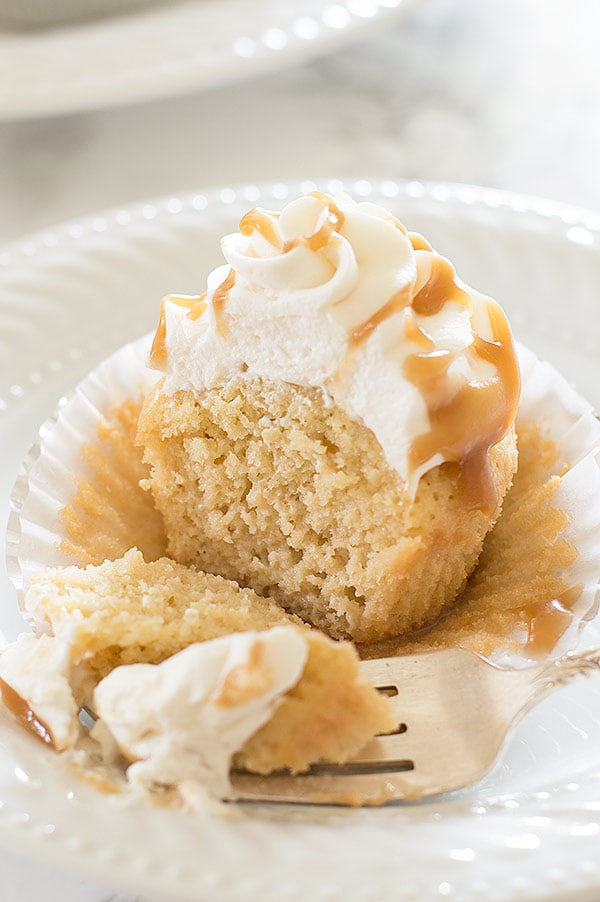 Add a little Kahlua to that mix and you’re looking at my new favorite cupcake. The result is the same moist, tender cake, but with a kick of coffee and rum that just puts this cupcake over the top.

Top the Kahlua Tres Leches Cupcakes off with freshly whipped cream and maybe some chocolate shavings, a little cinnamon, dulce de leche, or even some homemade caramel or strawberries. It’s going to be delicious not matter what! 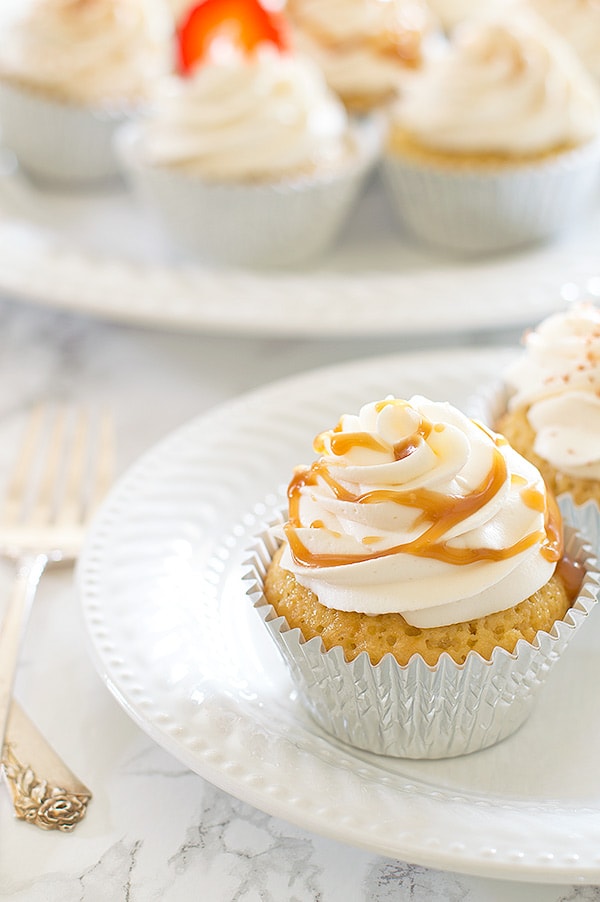 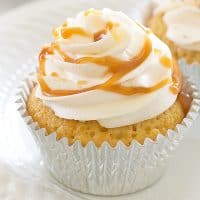 To omit the alcohol, simply replace the 1/2 cup of Kahlua with another 1/2 cup of half-and-half. *1/4 cup + 1 tablespoon of milk and 2 tablespoons of heavy cream may be substituted for half-and-half. If you don't want to make your own whipped cream, according to CooksInfo.com, 1 7-oz can of aerosol whipped cream equals 3 cups. Small-batch Instructions: This recipe is a bit of a pain to cut down because evaporated and sweetened condensed milks are usually sold in these sizes, but the rest of the recipe halves cleanly except for the eggs. The easiest way to halve an egg is to whisk the whole egg in a very small bowl and use half of it (about 1 tablespoon and 1 teaspoon or 1 ounce/28 grams by weight). Extra evaporated and condensed milk (mixed or separate) makes great coffee creamer and will keep in an air-tight container in the fridge for up to 5 days.
Did you make this recipe?I'd love to see it! Tag @BakingMischief or hashtag it #BakingMischief.