These small-batch cinnamon rolls for two make a rich and indulgent breakfast with outrageously amazing cream cheese frosting. Make the rolls the night before, throw them in the oven in the morning, and enjoy your breakfast in bed. No fuss, stress, or mixer needed!

There’s nothing like eating in your PJs and tucking into a warm, gooey cinnamon roll straight out of the oven.

The only problem is that most cinnamon roll recipes make a dozen or more, which is fine if you’re feeding a whole family, but if it’s just you and your partner, a dozen is a little bit much. 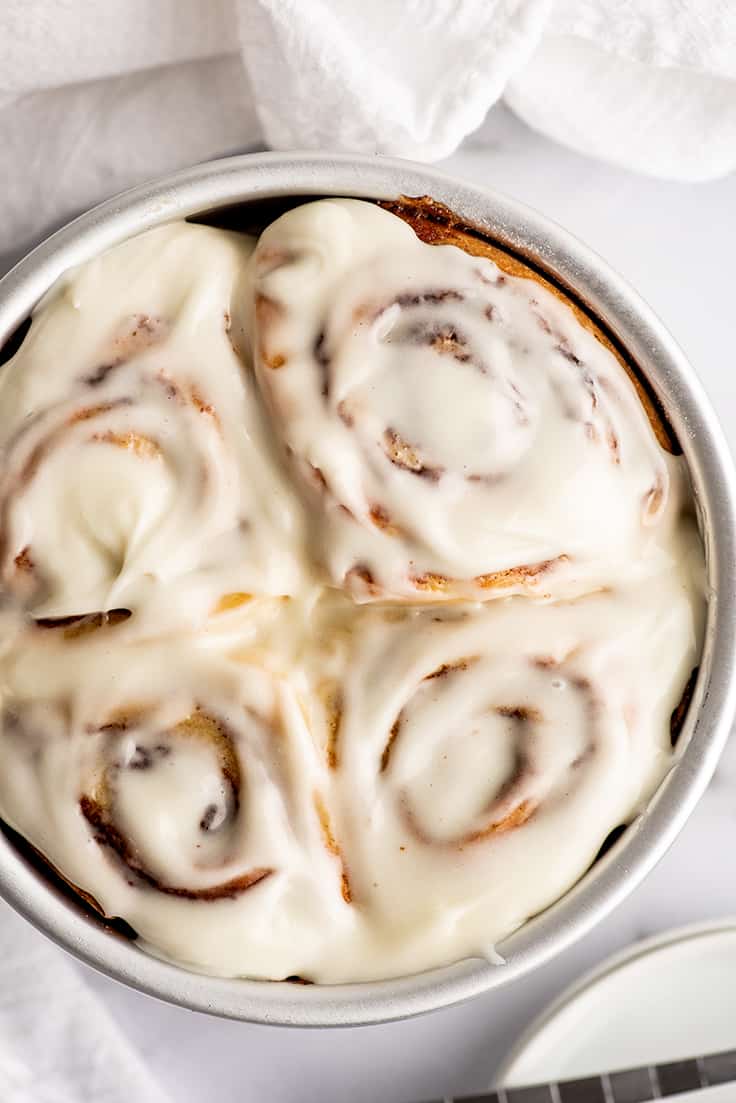 This post and its photos have been updated. Don’t worry, you’re in the right place.

So I present to you, my small-batch cinnamon rolls. These things are so, so, so good. They are fluffy and gooey and rich and yield just four.

It will knock your socks off.

How to Make Small-batch Cinnamon Rolls 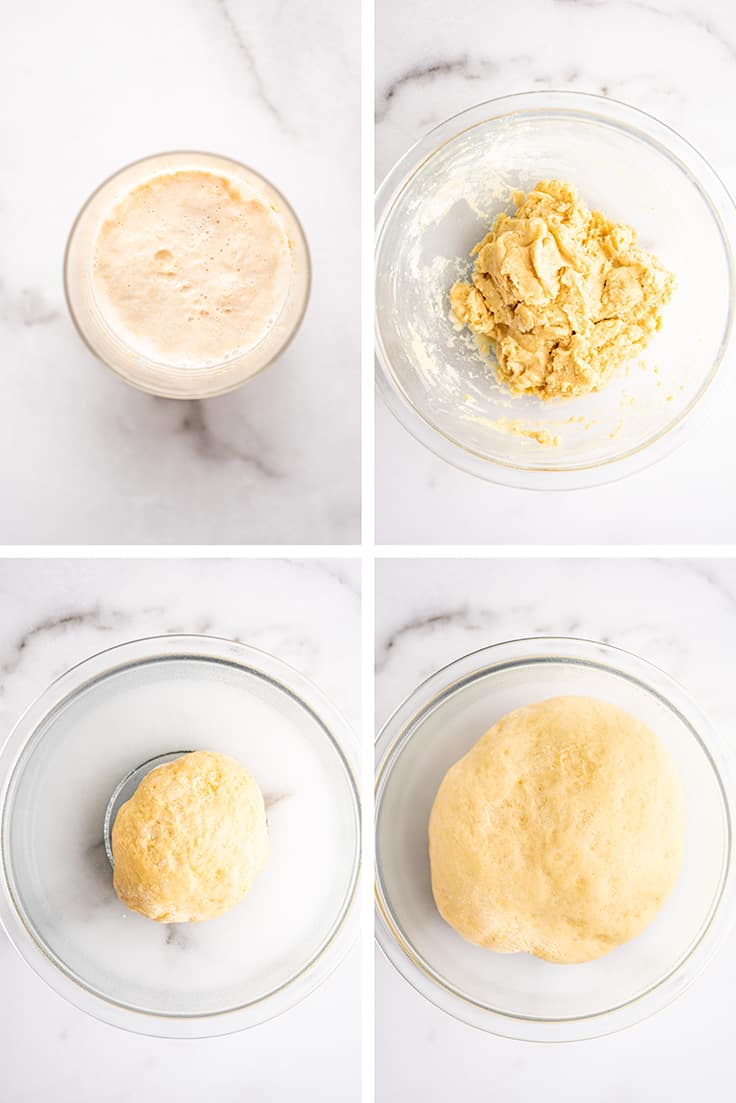 1. Proof the yeast in warm milk: Add the yeast and a pinch of sugar to milk that’s just slightly warm. After 10 to 15 minutes, the yeast will foam slightly letting you know it’s good to go.

2. Make the dough: This dough comes together fast and easy. Simply mix the dough ingredients together until you get a sticky dough. Use a plastic bench scraper or rubber spatula to help turn the dough out onto a well-floured surface and knead the dough until it becomes smooth and is no longer sticky.

3. First rise: Place the dough in a greased bowl and cover with a towel and allow it to sit in a warm place until doubled in size, about an hour to 90 minutes. 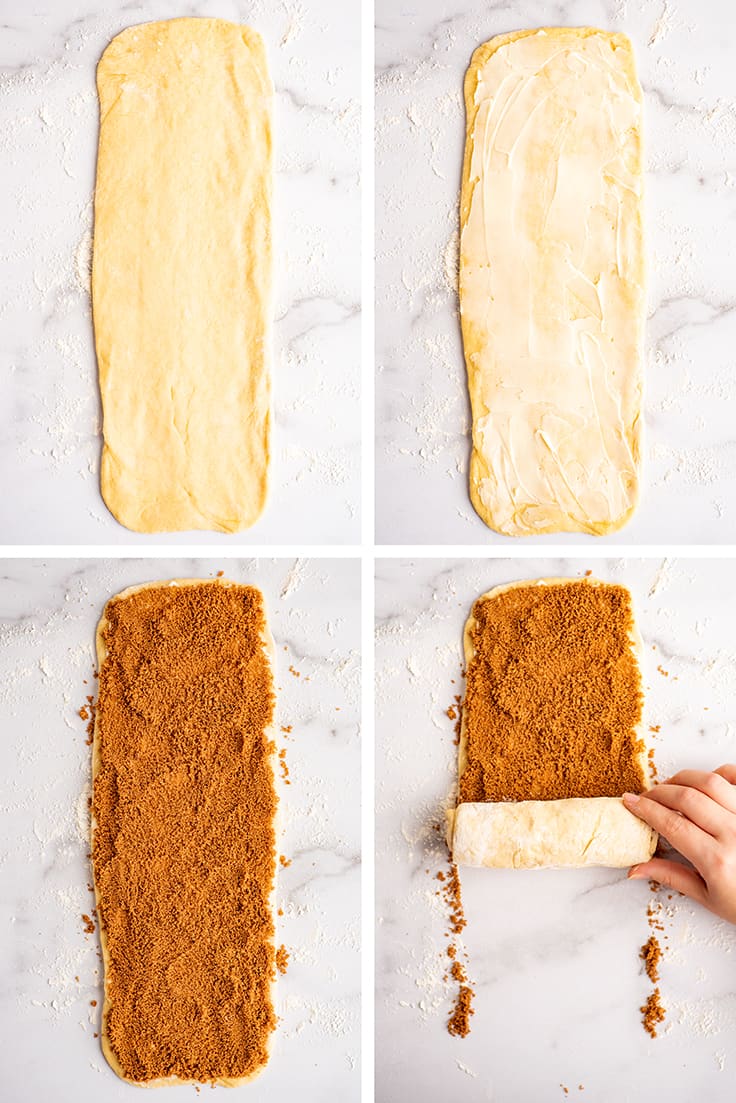 4. Shape the rolls: Roll out the dough and add butter and cinnamon sugar before tightly rolling and slicing. These can now go into the refrigerator overnight or start their second rise. 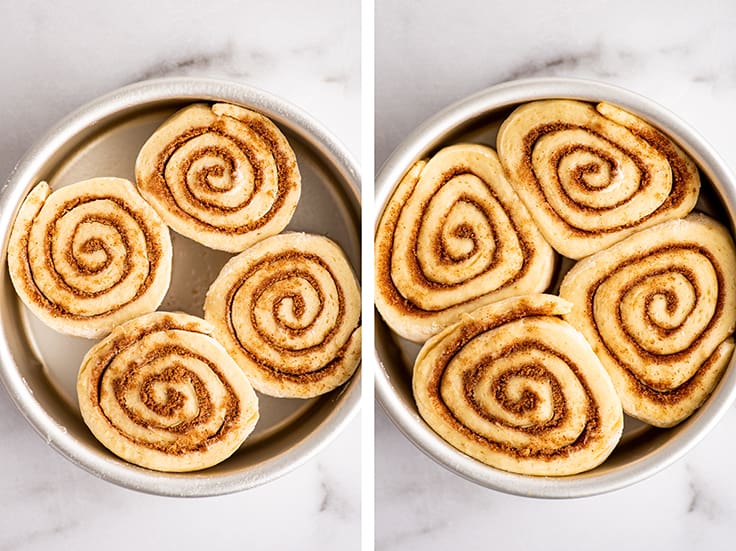 5. Second rise: A second rise allows the rolls to puff up before baking. Cover them and place them in a warm spot until fluffy, 45 minutes to 90 minutes.

6. Bake: Bake until the rolls are lightly golden. While the rolls bake, make the cream cheese frosting. Spread frosting on the warm rolls and enjoy! 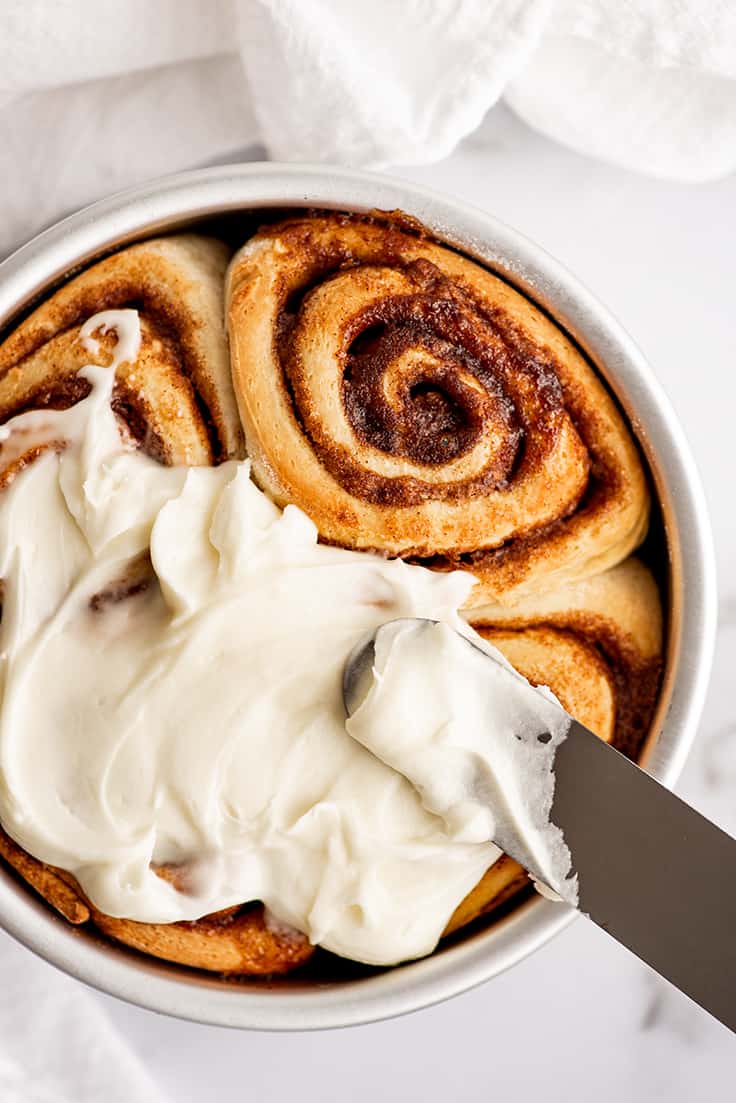 These rolls are a fantastic make-ahead breakfast. You can make and shape them the night before and then pull them out of the refrigerator when you wake up to complete their second rise.

This second rise will usually take between 1 and 2 hours depending on the temperature of your kitchen, but if you’re in a hurry, you can also put the rolls in your cold oven on the top shelf and place a baking pan on the bottom shelf. Fill the pan with boiling water and close the oven.

The heat and steam from the boiling water will help the rolls rise more quickly, and they should be ready to bake in just a little over half an hour.

Once the rolls are fluffy, remove them from the oven, preheat the oven to 375°F and bake according to the recipe instructions.

If it didn’t foam there are couple things it might be:

I don’t have a 6-inch baking dish. What can I use instead?

You want to use a small baking dish for these rolls because being packed together helps them stay moist while baking and prevents the filling from running out and burning. Don’t try to bake them on a baking sheet or large baking dish.

A square or circular 6-inch cake pan is perfect for these, but if you don’t own either of those, you can use a 7×5-inch rectangular baking dish or any oven-safe dish that is between about 28 and 40 square inches.

Yes! This recipe doubles with no preparation changes needed. You can bake the doubled recipe in a 9-inch round cake pan. Just extend the baking time slightly. 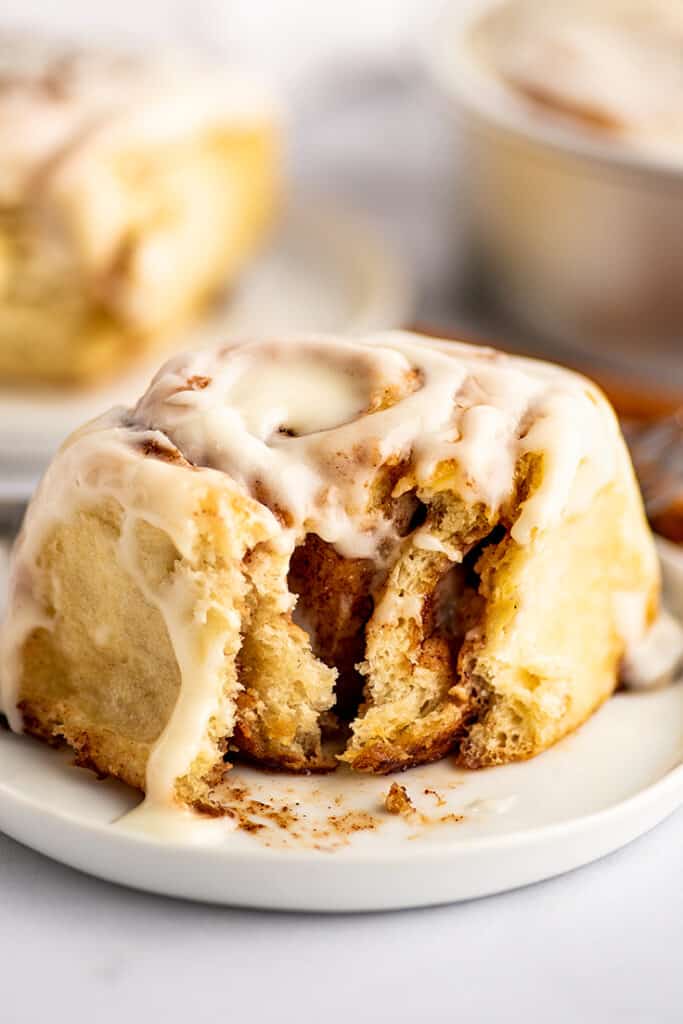 Why is this called a recipe for two when there are four cinnamon rolls!!??

(I actually get this question a lot.) When I call this a recipe for two, I don’t mean sit down and eat two cinnamon rolls each for breakfast (you probably shouldn’t—they’re really rich).

How to Freeze Cinnamon Rolls

I prefer to freeze the cinnamon rolls un-frosted, so if you plan on freezing some of the rolls, don’t frost the entire batch right out of the oven. 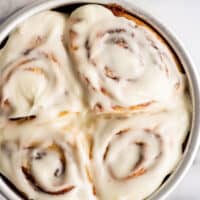 *If your yeast and milk mixture does not foam, your yeast may be bad or may have been killed if the milk was too hot. Toss and try again, making sure the milk is just lukewarm. *If you'd like to make the frosting the night before, store it in the refrigerator in an airtight container and set it out on the counter when you take out your rolls so it has time to soften. For a Faster Rise for the Overnight Rolls: If you need a faster second rise in the morning, take the rolls out of the fridge and remove the plastic wrap. Put the rolls on the top shelf of your cold oven. Place a baking dish on the bottom shelf. Fill the dish with boiling water and close the oven. The heat and steam from the boiling water will help the rolls rise more quickly, and they should be ready to bake in just a little over half an hour. Once the rolls are fluffy, remove them and the dish of water from the oven, preheat the oven to 375°F and bake according to the recipe instructions.
Did you make this recipe?I'd love to see it! Tag @BakingMischief or hashtag it #BakingMischief.

This post was originally published on 2/12/16. It was updated on 10/26/20 with new photos and additional information and tips. The recipe was also modified in the following ways:

If you loved the original recipe, you can still find it here.