Make a quick and easy Cinnamon Dolce Latte at home with just a few ingredients. No syrups or sauces required.

I have a bunch of Starbucks-inspired recipes on the site (Homemade Mocha, Caramel Macchiato, and White Chocolate Mocha are some of the most popular) and today I have another quick and easy coffee recipe for you, a Cinnamon Dolce Latte.

This latte’s made with just four ingredients, comes together in less than 10 minutes, and is sweet cinnamon perfection. 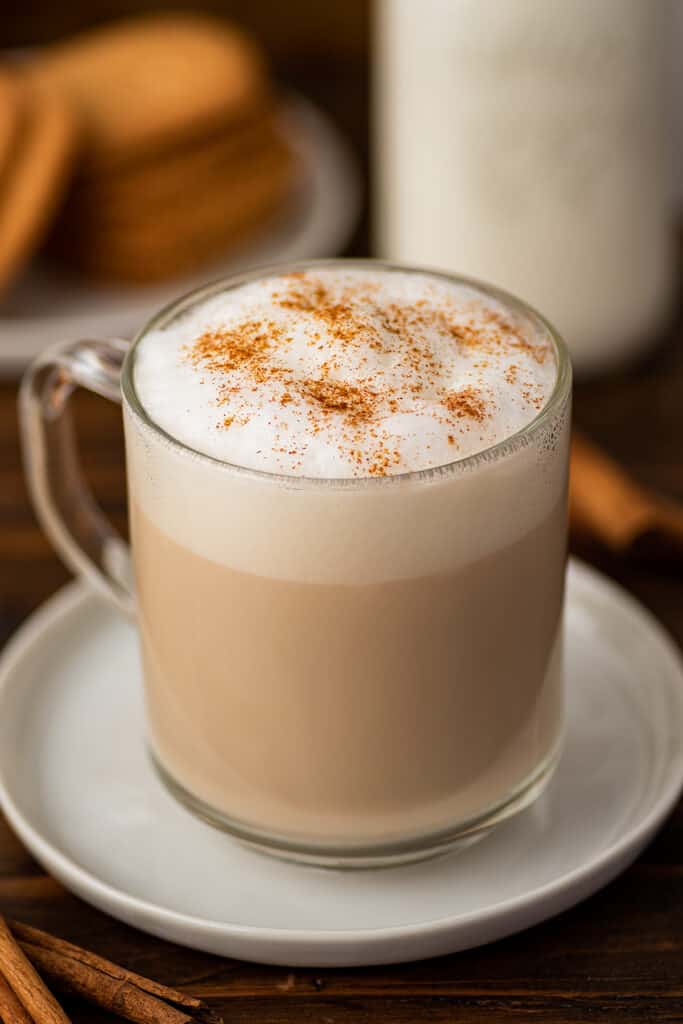 A cinnamon dolce latte tastes like a sweet combo of coffee, milk, and spicy-sweet cinnamon. It’s a cozy, warming drink that is excellent on chilly mornings or evenings. 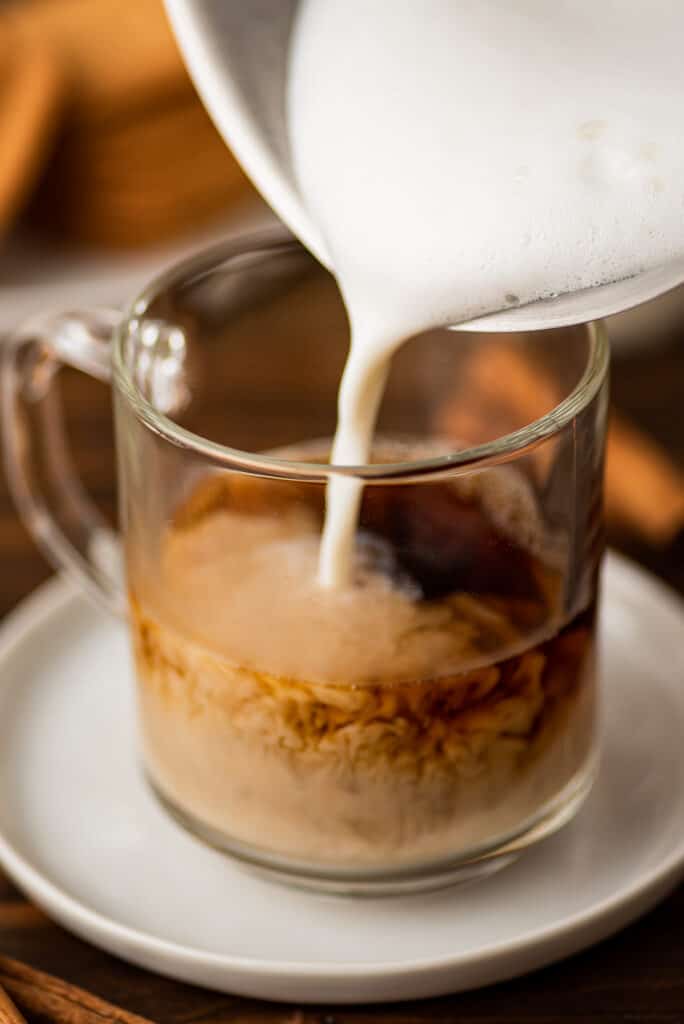 How to Make a Cinnamon Dolce Latte

Can I make a Cinnamon Dolce Latte in the microwave?

Yes. Just heat your milk in the microwave until steaming and follow the recipe as written. After the cinnamon is steeped and removed, heat the milk for an additional 20 to 30 seconds until steaming hot before stirring in the sugar until it dissolves.

You can either add the coffee directly to the milk or pour your coffee into a separate mug, foam the milk mixture using a handheld milk frother, and pour the foamed milk over the coffee.

Yes. This recipe doubles with no preparation changes needed. To double the recipe ingredients, hover over the serving size in the recipe card below or click if you’re on mobile, and slide the slider. 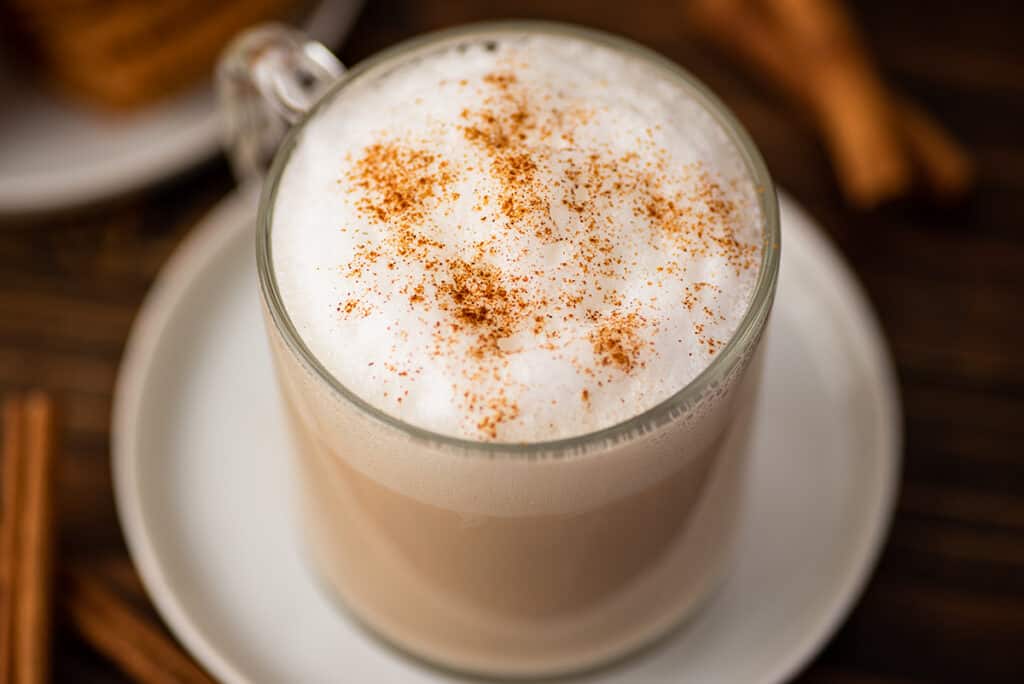 I don’t have cinnamon sticks. Can I just use ground cinnamon?

I don’t really recommend using ground cinnamon in drinks because it doesn’t fully dissolve into the liquid, so you end up with a thick layer of cinnamon at the bottom of your glass. But if you want to do it, you can.

Replace the cinnamon sticks with ¾ teaspoon of ground cinnamon and stir the drink really well. Most of the cinnamon will settle to the bottom of the cup, so you won’t want to drink the last sip or two, but your drink along the way will still taste excellent.

A Note on Serving Size

This recipe makes one cup of coffee, enough to fill an 8-ounce mug. If you’d like to fill an oversized mug, 1½ or double the recipe. 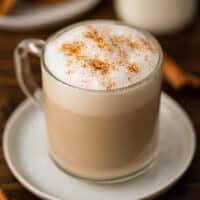 *Use 1 cinnamon stick for a more mild cinnamon flavor, 2 for an extra strong one.  *For a less-sweet latte, start with 1 teaspoon sugar and add additional sugar after everything is assembled if needed.
Did you make this recipe?I'd love to see it! Tag @BakingMischief or hashtag it #BakingMischief.