Make a rich and warming Snickerdoodle Hot Chocolate at home with just 3 ingredients in less than 15 minutes. No store-bought syrups or sauces needed!

Craving some hot chocolate today but want something a little spicy and special feeling? 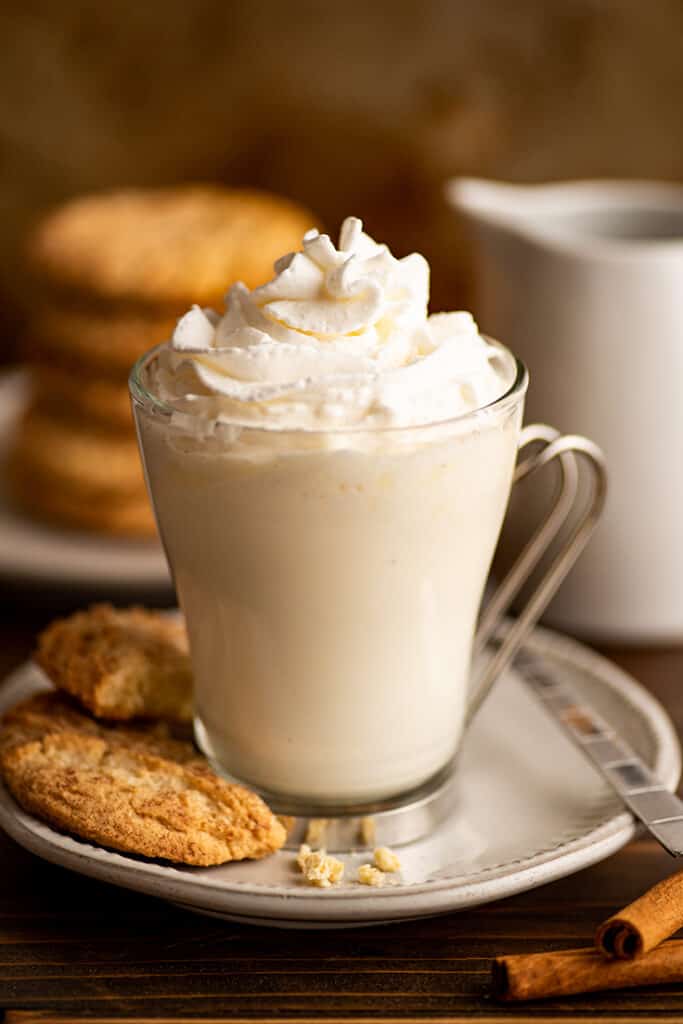 What is a Snickerdoodle Hot Chocolate?

Snickerdoodle Hot Chocolate is a seasonal Starbucks drink with a white chocolate base flavored with cinnamon syrup. It’s only a menu item around the holidays, but according to the baristas of Reddit (and the Starbucks website), you can order it year round by asking for a white hot chocolate with 2 pumps Cinnamon Dolce Syrup and 2 pumps White Chocolate Mocha Sauce.

OR (and even better) you can make it at home with just a couple of ingredients in less than 15 minutes. 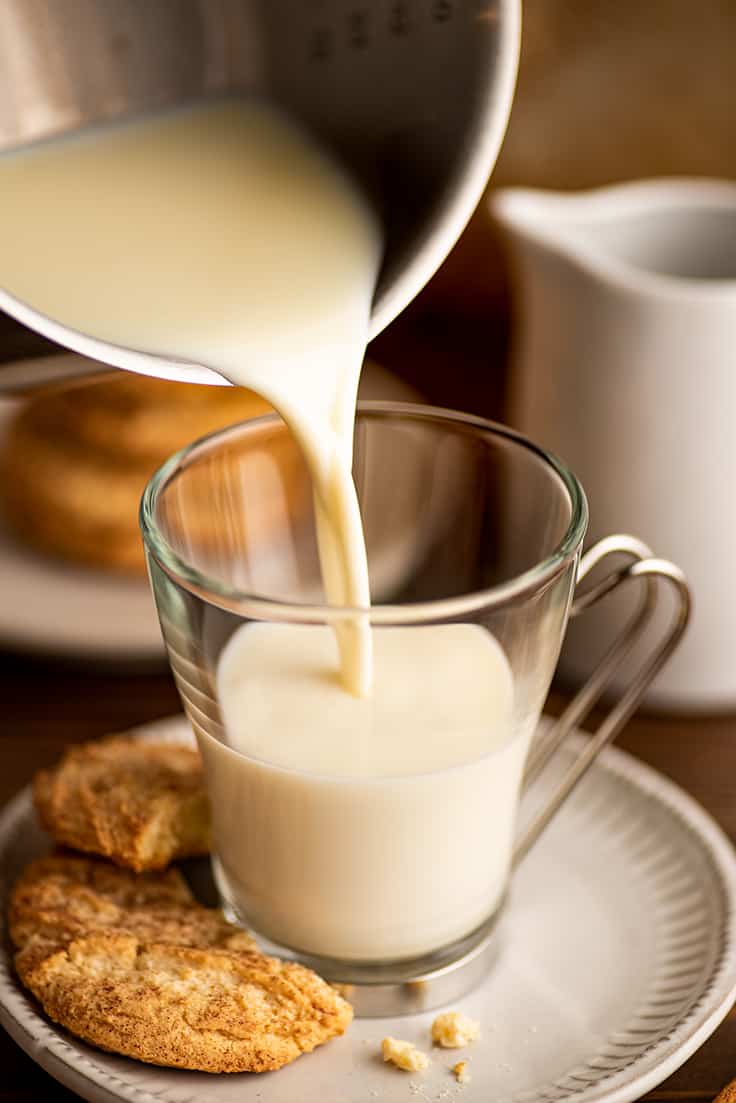 How to Make a Snickerdoodle Hot Chocolate

Does this taste like Starbucks’ snickerdoodle hot chocolate recipe?

Can I make this in the microwave?

Sure. Just heat your milk in the microwave until steaming and follow the recipe as written. Before you add your white chocolate, reheat the milk for about 30 seconds until it is steaming hot again and stir in the chocolate. If using a bar, chop your chocolate extra fine so it melts more easily.

Can I use ground cinnamon instead of cinnamon sticks?

I don’t love using ground cinnamon in hot chocolate recipes as it doesn’t fully dissolve into the liquid and you can’t strain it out easily. That being said, if you’re really craving this and want to do it, you absolutely can.

Replace the cinnamon sticks with 3/4 teaspoon of ground cinnamon. The last sip or two of hot chocolate at the bottom of your cup will have quite a bit of cinnamon in it, but it will be a good time along the way. 😉 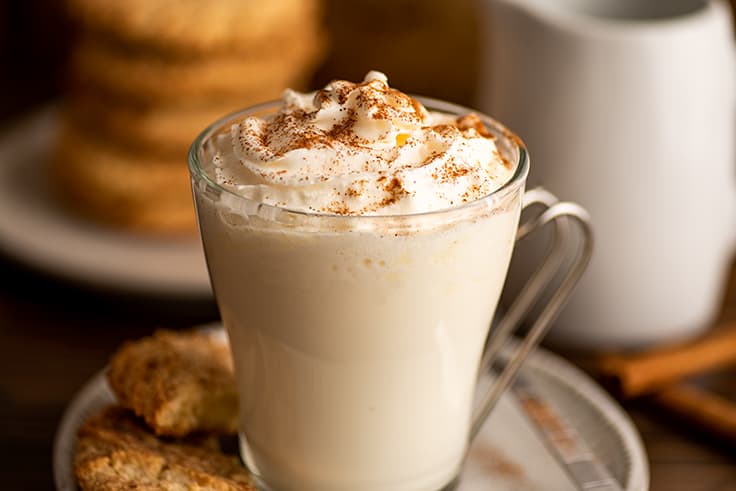 To double the recipe ingredients, hover over the serving size in the recipe card below or click if you’re on mobile, and slide the slider. Because of the way the recipe card works, this will double/triple the number of cinnamon sticks too, but ignore that and use the measurements above. No other cooking changes are needed.

A Note on Serving Size: This recipe makes one cup of hot chocolate, enough to fill an 8-ounce mug. It’s quite rich, so I find one cup to be plenty, but if you’d like to fill an oversized mug, 1 1/2 or double the recipe. 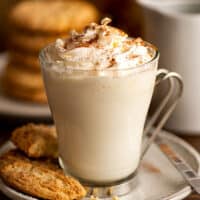 *If your sticks were brittle and broke into smaller pieces, that’s fine. Just strain the milk through a fine mesh strainer before adding the chocolate.
Did you make this recipe?I'd love to see it! Tag @BakingMischief or hashtag it #BakingMischief.